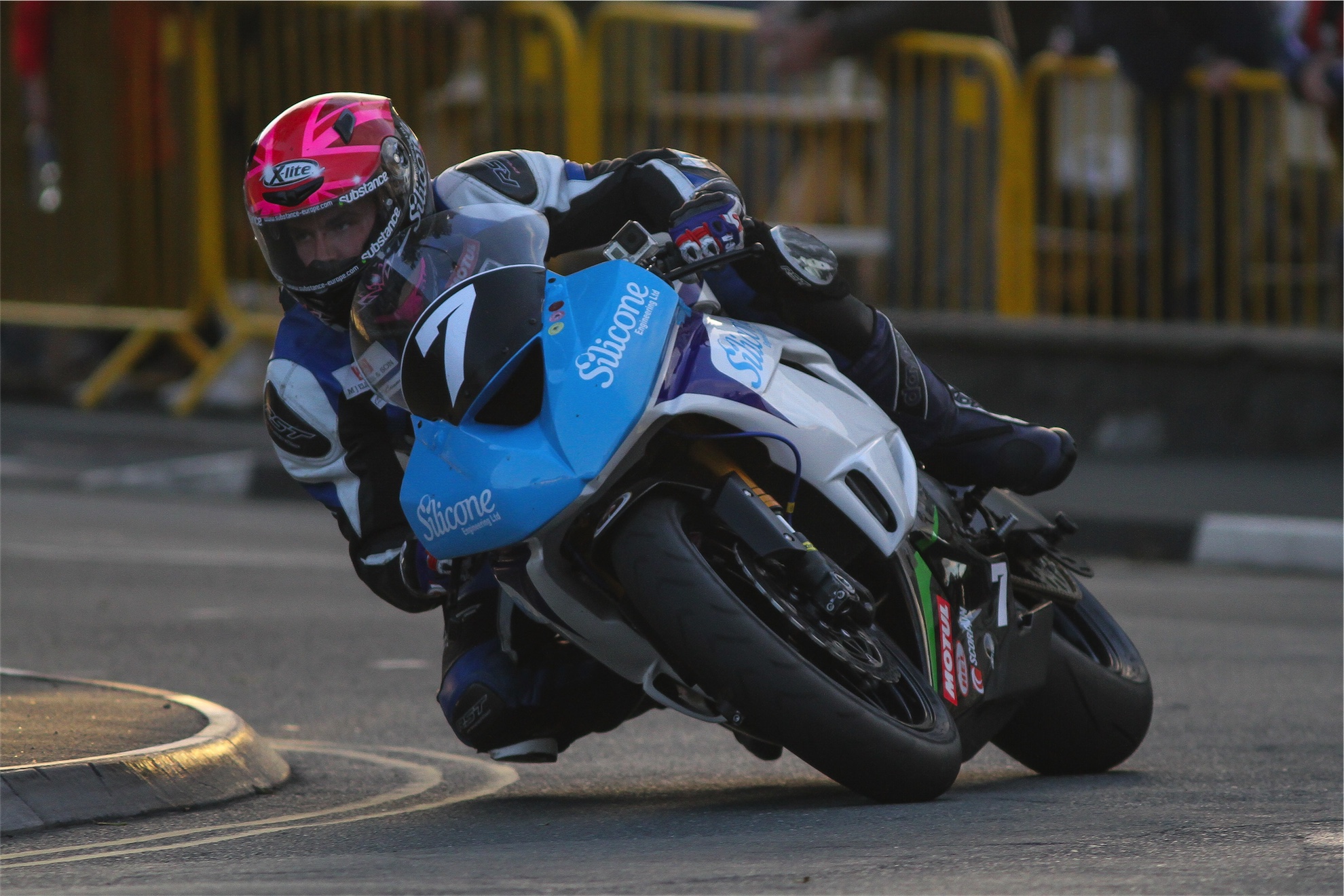 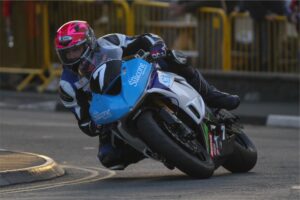 KMR Kawasaki’s David Bell set the pace in super twins Manx GP practice. The highly accomplished competitor on the most famous road racing circuit in the world, lapped at an impressive 111.999 mph.

Mark has clicked quickly with the mountain course, he’s shown this week that he has the potential to become an established top class TT Races competitor.

Peter was the first rider in newcomers A Manx GP class this week, to lap at over 110 mph, following lap speed of 110.724 mph.