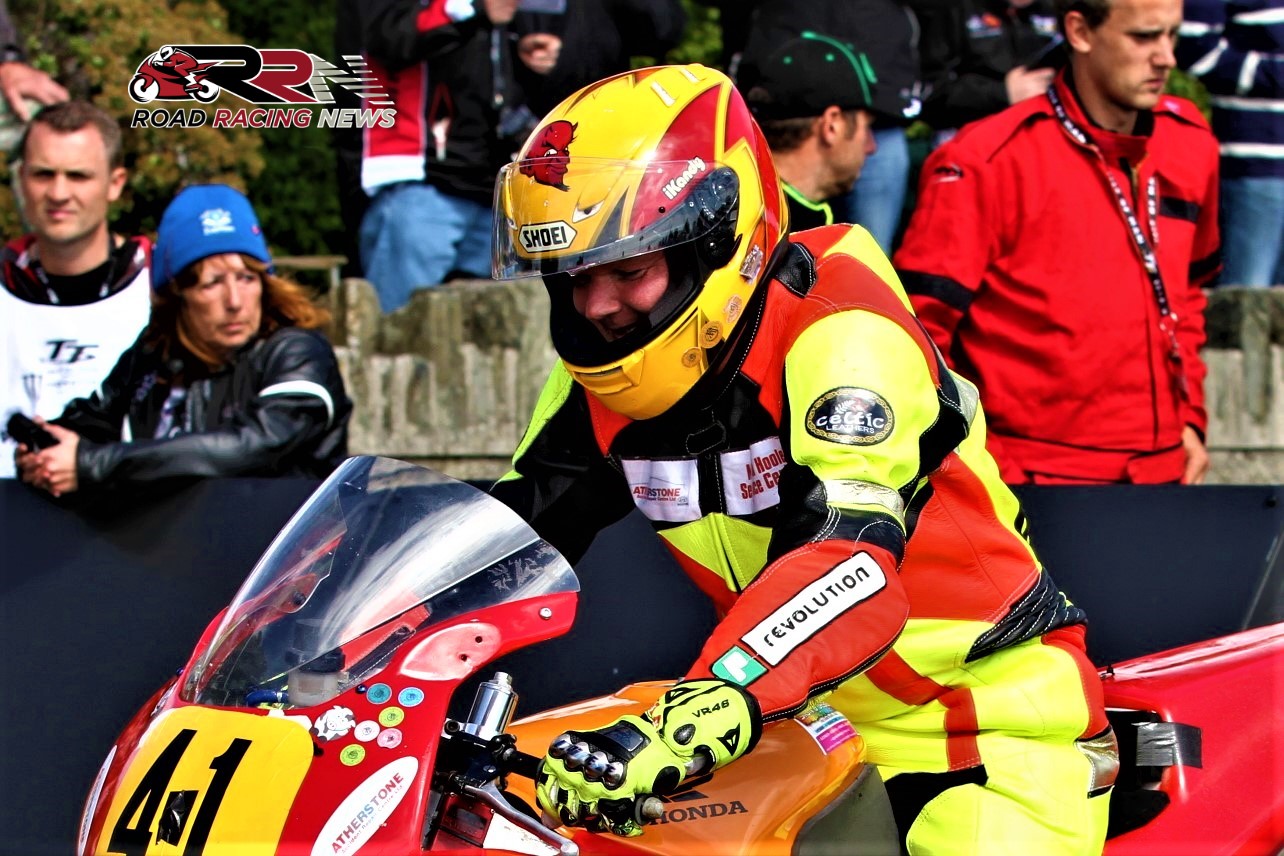 An MGP newcomer at the same as future TT Privateers Champion Dan Stewart, TC Racing Team Manager Mick Charnock, Tim Devlin who took seventh in the Newcomers Senior race of the year 2000, is the next racer to take part in Road Racing News rising in popularity, Manx GP Top 6 series.

Seven times a top thirty event finisher, 21st, 23rd from the Junior, Senior class encounters of 2012, his answers to the Mountain Course themed set of questions are as follows:

“Entered as a newcomer in 2000 on a Suzuki GSXR 750 Srad. Living on the Island and completing many laps on bike and in car I thought I was more than prepared.

Heading down Bray Hill with throttle wide open I suddenly realised I was mistaken, everything looked so different!

Once I had recovered from the impact from the bottom of Bray Hill and the adrenaline had worn off a little it became all to apparent what a rush racing the Mountain Course was and all the time, effort and money was well worth it!

Then came early morning practice felt like a naughty school boy making all that noise through the sleeping villages.”

“Easy one! The Honda SP2 prepared and set up by Roger Ditchfield at Revolution. What a bit of kit. The engine was a peach full of Moriwaki parts and lovingly built by Roger.

So smooth it felt slow but it wasn’t and handled like it was on rails. Did my fastest lap on that (110). Even had my own fan club who would come and chat to me for ages about the bike.”

“Too many to list but always top is finishing and a Silver Replica was always a bonus. Making Davey Wood stop in his tracks with my florescent leathers. Receiving Silver Replicas from Murray Walker and John McGuinness.” 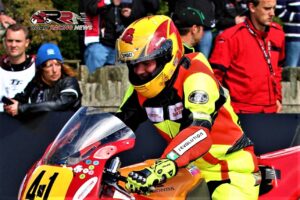 “Everybody who races there. We all have our own goals, struggles, trials and tribulations but at the end of the day we are all there to race. One big family.”

“Good question, I would love to have a go on Marc Márquez’s GP bike. Not sure I would do it justice but would be something else.”