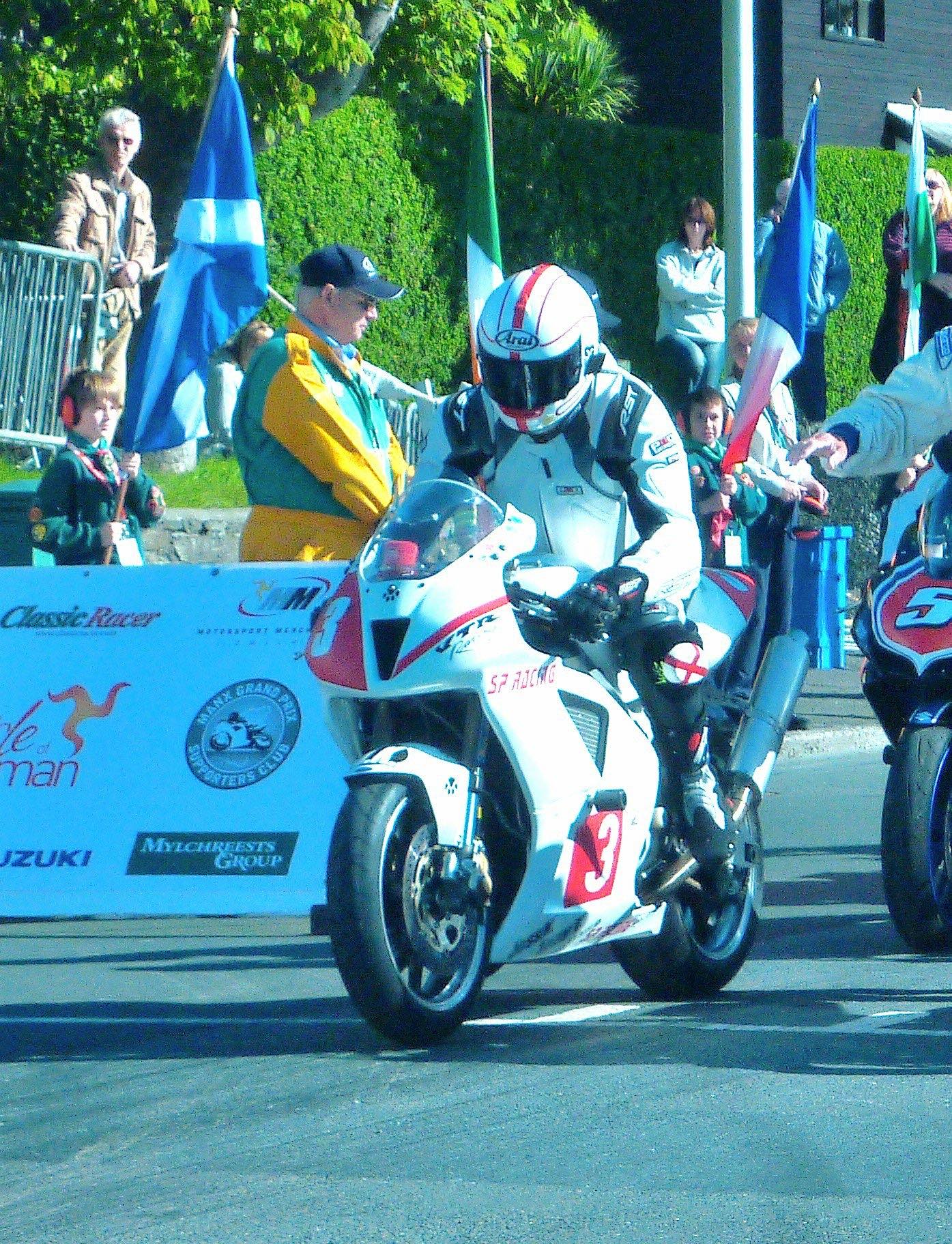 32nd within the Junior MGP of 2012, finishing in front of esteemed roads competitors such as David Taylor, Nuno Caetano, Justin Collins and Keith McKay, his answers to the Mountain Course themed set of questions are as follows:

“My Newcomers year was 2010 it was the reason why I got into racing, to compete at the Manx GP.

Having done lots of homework on the course it was great how long you have the throttle wound open it was the most exhilarating experience I had ever done racing bikes. Couldn’t wait to get back out on the Mountain Course.”

“My trusty Honda VTR1000SP1’s bikes I had been riding and racing for 10 years prior and I still have both of them.” 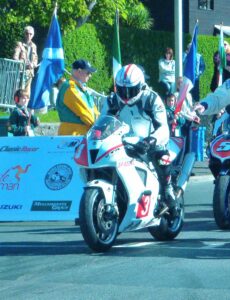 “The friendships made, the racing, the drinking, long hours working on the bikes. Getting a finishers trophy making it all worthwhile.”

“Neil Kent who my wife and I got to know through Dennis Trollope whilst racing at North Gloucester club. Then over at the Manx GP, he loved the place and raced there for many years. He always was happy to talk and help us with the course.”

26 Riders, Ten Marques Feature In TT Isle Of Man Ride On The Edge 2