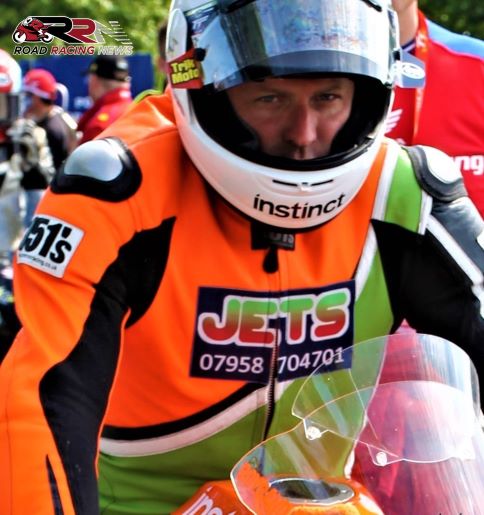 Overall six times a top ten Manx GP finisher, his answers to the Mountain Course themed set of questions are as follows:

“My newcomers year was 2002 and it was all I had focused on for 4 years of racing to get to the MGP. We didn’t have guided newcomers lap back then so just set off down Bray Hill on lap 1 and it was just sensational.

The mountain was really misty and remember thinking this isn’t ideal but we slowly worked up the laps in practice and it was an awesome fortnight getting finishes in both races. Made so many friends that I still have to this day.”

“My Yamaha FZR400RRSP, I finished 2nd on it in the 2012 Lightweight MGP. We just missed out not the win by 2 seconds after having to start from the back of the grid. That bike just handled the TT course so well, The 400’s were such fun.”

“My first podium in 2007 was very special. I’d had a great practice week and its such an honour to get waved through to the winners enclosure.

It was probably the best feeling in racing I’ve ever had and am very fortunate to have so many people helping me and enjoying the MGP over the years. Its such a good meeting.” 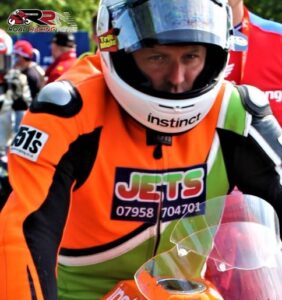 “I can’t single one out to be honest. Ive had great rivalries on the 400’s with excellent riders like Alistair Howarth and Joe Phillips and enjoyed that.

Also racing with some great friends over the years who have put a lot into the MGP especially Ady (Adrian) Kershaw, Simon Perkin, Rodger Wibberley and Steve Harper.”