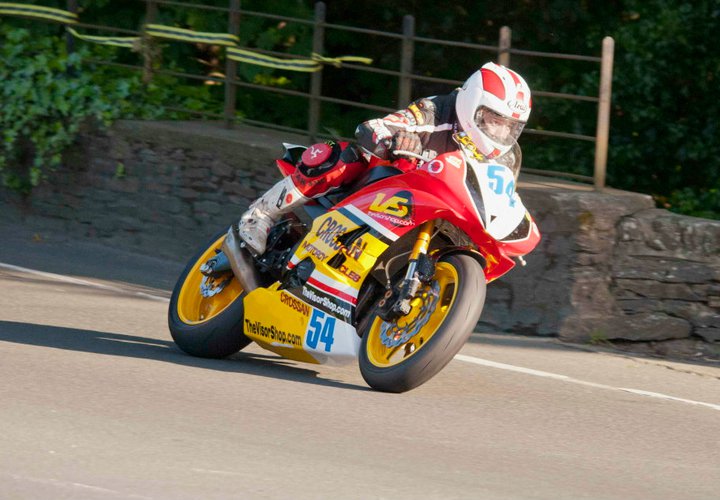 Irish Road Race 125/Moto Champion consecutively from 2013-2014, his answers to the Mountain Course themed set of questions are as follows:

“I thought I knew my way. The newcomers lap was 90 mph and I thought it was pure slow. Then my first real lap I done 90 mph, made mistakes everywhere! But I loved it!”

“Most memorable bike is my own 125 I won the newcomers on in 2005. Ran it standard all week and in the newcomers race. Never missed a beat for the 2 weeks.” 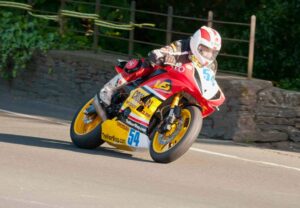 Hadn’t reached 100 mph lap all practice (99.7 last practice) then done it from standing start in the race, averaged 102 I think. Bit emotional in winners enclosure. A friend from Skerries, Denis Martin caught my champagne cork!”

“Again a few but has to be John Goodall. Caught him one practice session going into Greeba Castle so hung back. I was on the 250.

The man kicked another gear going into Appledene! Open face lid on. Was a pleasure to follow. Learned some nice lines. Was really saddened when he passed.”

“Honda NSR 500! Closest I would get now would be the Suter if Ian (Lougher) would give me a run.”

Under The Radar Roads Competitors