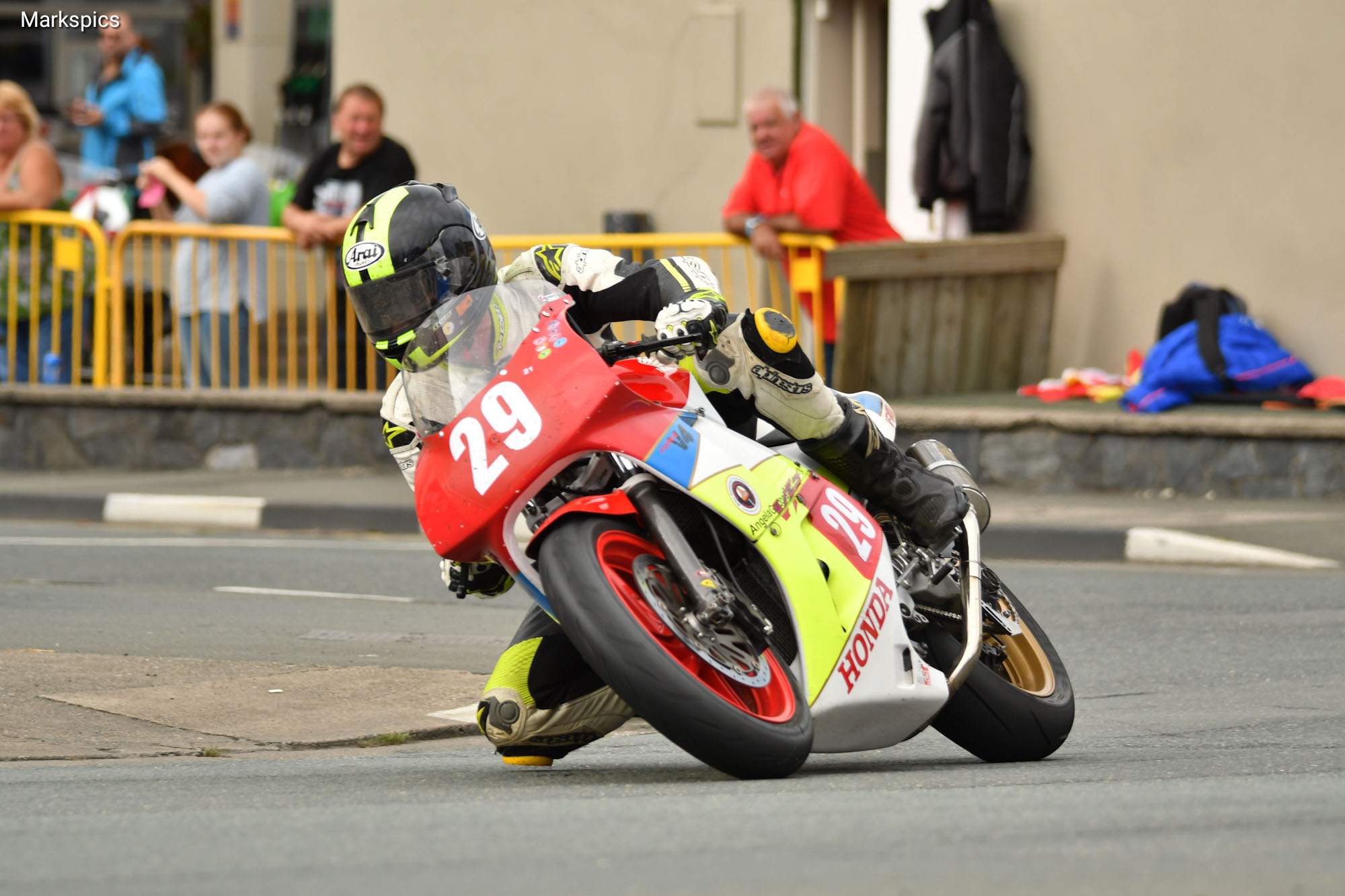 A top 12 finisher at the Southern 100 in 2018, his answers to the Mountain Course themed set of questions are as follows:

“After years of studying the course, sitting through hours of onboards and dragging long time suffering pit crew Alex Watson to cycle the course not once but twice. Nothing prepares you for that first flying lap down Bray Hill!”

“How do I choose? So many great bikes at the Manx and Classic TT. For me it’s got to be Bruce Anstey’s Padgetts RS250 (Honda), dam that is a thing of beauty.”

“Most treasured memory for me is filled with ups and downs. Lap 2 of the Ultra lightweight race 2, everything just started to gel. Bike was running great, started to push on and started to catch and over take other riders.

Everything was going great until just before Brandish topped in 6th bike looses power! Stopping just after the apex with the orange army, tanks empty but I wasn’t bothered, I’d just had the ride of my life.” 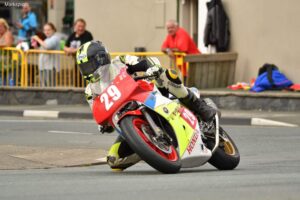 “This is an easy one, 1989 Lightweight race winner Nick Turner. Nothing but admiration for the bloke, after a nearly fatal crash at the 2004 TT he still loves the sport and the Manx GP. He’s helped out with everything from bike setup to having the correct mental attitude.”

“I’m a two stroke man at heart I just can’t afford to ride one, budget suits Honda four strokes. Excuse me Mr Lougher I need a go on that Suter MMX500, what an absolute beast of a machine.”