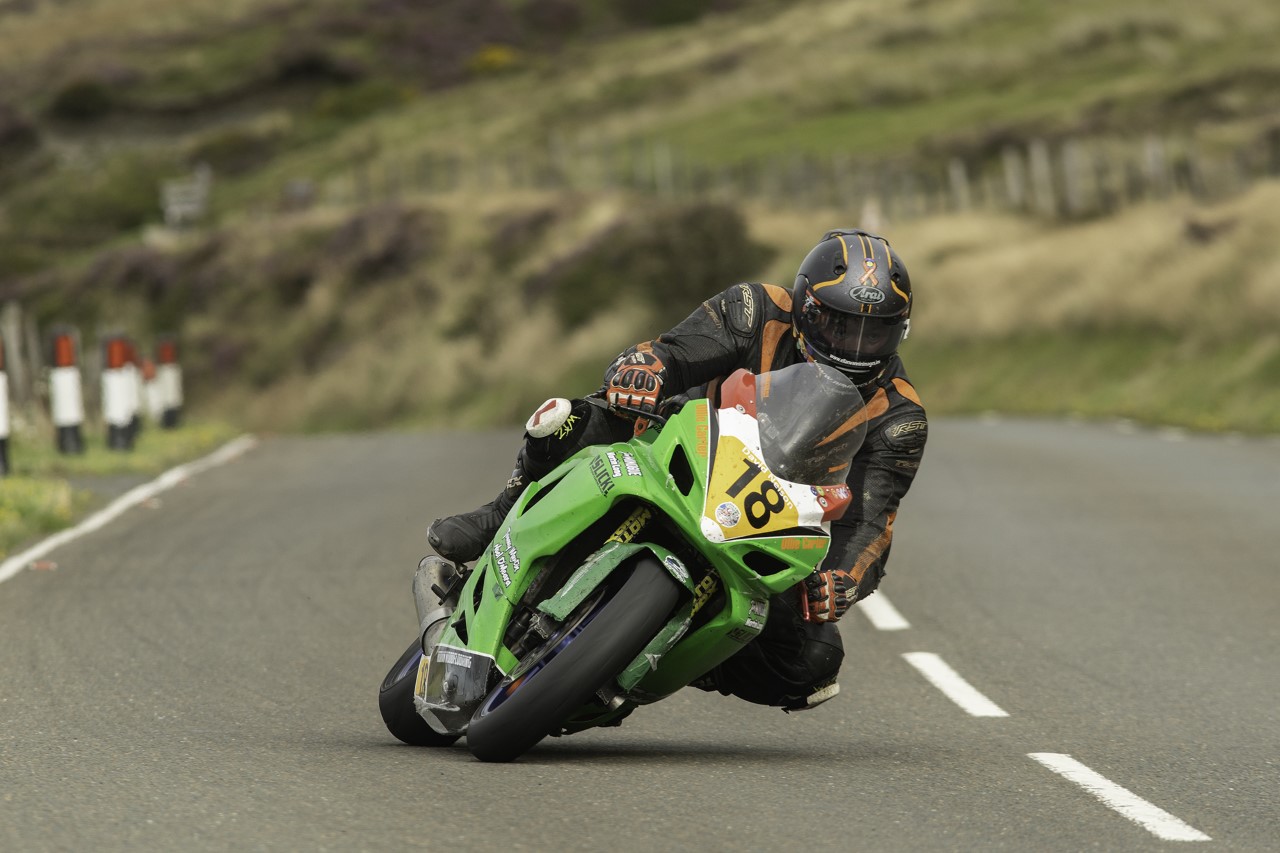 Fourth in the Newcomers A Manx Grand Prix of 2015, his answers to the Mountain Course themed set of questions, are as follows:

“Compared to the Irish road races the roads were so smooth and much wider than I was used to racing on. Also racing so fast for long periods was a new challenge for my concentration and stamina Levels.”

“I have to say my trusty old GSXR 750 (Suzuki) has to take that honour. I have been racing it since 2010 in firstly Senior Support and then since 2012 in the Open Superbike class.

Its a bit like Triggers brush though as even though it’s had about 4 engines, 2 sets of forks, a new swing-arm and frame and more bodywork than I have had hot dinners, it’s still the same bike.” 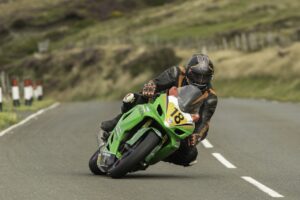 “There are so many if I’m honest. Crossing the line for my 4th place finish in the 2015 Newcomers race, the nod and handshake from my brother and my son every time I approach the start line.

The teamwork as we nail another perfect pit stop but most of all that first pint in the beer tent after the Senior race with the people I love and a quiet toast to getting the job done and home safe.”

“I have huge respect for every single competitor no matter how fast or slow. We all know how much effort it took for each of us to get there and that is a huge achievement in itself.

If I had to single one person out it would be Davy Morgan who basically taught me every single bump and bend on the TT course and how to get around it fast and safe.”

“For me it has to be the JPS Rotary Norton like Robert Dunlop and Trevor Nation rode. I absolutely adore those machines, the sound the smell the look of them. Some day I may be lucky enough to ride one but till then I will just dream.”