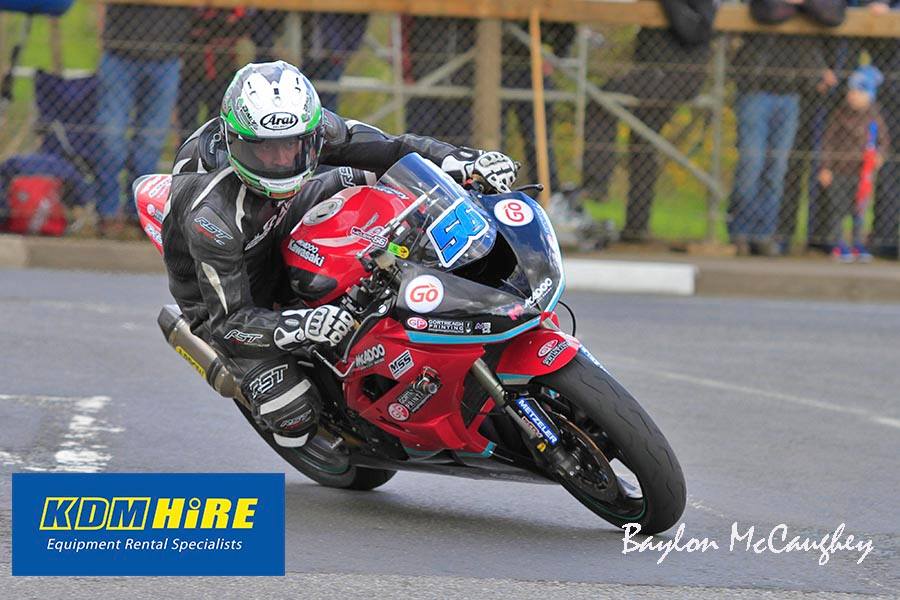 Runner up in the Supersport invitational and Supersport (A) races, the Duke Road Race Rankings championship leader additionally showcased his proven craft on 125 machinery, with a second place finish in the 125/Moto 3 race.

After three near misses, he finally went onto clinch a race win in the Super Twins (A) race, following a stellar all round display in treacherous conditions, aboard the Roy Hanna Motors backed 650 Kawasaki. 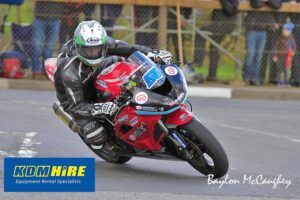 Providing his thoughts on been crowned KDM Hire Cookstown 100, Man of the Meeting, the leading next gen roads competitor, stated:

“This is bit of a surprise, brilliant. That was a Difficult day for everyone, and a sensible approach was needed.

Thankfully the Cookstown Club had that foresight to call it a day, I know it was disappointing, not only for the riders, but also for all the race fans. But to be named Man of the Meeting, That’s super.”

Adam’s next roads outing on the horizon, is this weekend’s Around A Pound Tandragee 100, where he will pilot again his high quality McAdoo Racing/Roy Hanna Motors backed Superstock, Supersport, Super Twin Kawasaki steeds.