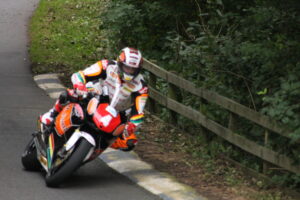 The combination of John and Padgetts racing team is a formidable one, John is in the superstock TT race next year competing on a CBR 1000 Honda Fireblade and on a CBR 600 Honda in the two supersport races. Plus overall since 2008 when winning the senior TT race Padgetts racing have won a further 10 TT races making their record at the Isle of Man TT during the last five years absolutely fantastic.