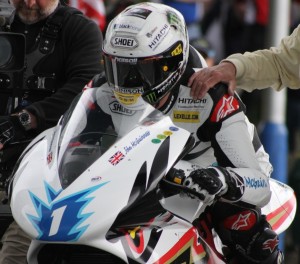 John McGuinness and Bruce Anstey are both confirmed to compete for Mugen in the 2015 TT zero race. TT 2014 saw John clinch TT victory number 21 in TT zero as secured new lap record for the class with lap speed of 117.366 mph.

Bruce Anstey finished in second position to make it a Mugen performance one-two. Ever since Mugen entered TT zero for the first time in 2012 they have finished no lower than second in their first three races on the mountain course.

In recent years we’ve seen electric bikes on the most famous road racing circuit in the world get quicker and quicker. At TT 2013 they cracked the 109 and 110 mph marks whilst TT 2014 saw them break the 115 and 117 mph barriers.

Many people believe that lap speed of over 120 mph could be on the cards in 2015 and that Mugen look favourites to achieve this landmark for the TT zero class. John McGuinness thoroughly enjoyed this years TT zero race and is greatly looking forward to competing for the third year in succession for Mugen at TT 2015. 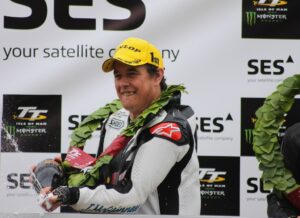 Tim Reeves And Patrick Farrance Team Up For TT 2015