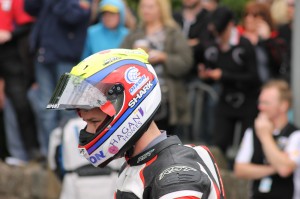 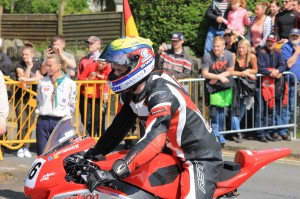 Jamie’s performance in supersport race was arguably one of his best rides this season finishing in second place following a thoroughly professional and consistent ride on Wilson Craig racing CBR 600 Honda.

Opening superbike race and following a closely fought race throughout the rider nicknamed the hammer came home in a solid third place.

Grand final race beckoned and a four way battle for the lead had everyone at Kells engrossed to see who could claim feature race of the day victory. Jamie rode a highly accomplished race to finish in third place on Wilson Craig racing CBR 1000 Honda Fireblade finishing only 1.8 seconds between race winner Dan Kneen.

Its busy next couple of weeks for Jamie who is set to compete at this weekends Bush road races and is then riding at the Southern 100 where in 2013 he took victory in a brilliant opening super twin race.