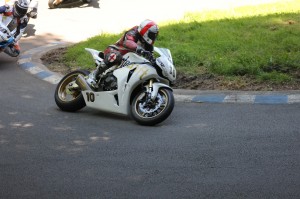 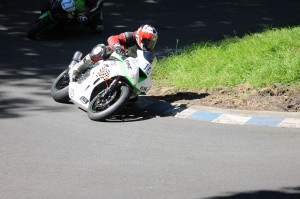 But first up was modern junior 600 leg 1 and in a frantic start into Mere Hairpin Mick slotted into a top five position. Following this Mick maintained throughout fourth place and at the line same position was acquired to start his weekends racing off in good style.

Modern senior race 1 beckoned with Mick on Motocraft conversions CBR 1000 Honda Fireblade, throughout Mick was in fourth place keeping up a consistent race pace. By the end of the seven lap race the Oliver’s Mount specialist finished in fourth place to make it two top four finishes in a day.

Second leg of modern junior 600 races saw another closely fought start into Mere Hairpin where Mick as in previous race held a top five placing. As the race went on another fourth place finish looked on the cards and so it was to be at the finish line as Mick secured another top four finish in what was a thoroughly consistent meeting for him during Barry Sheene road race festival.