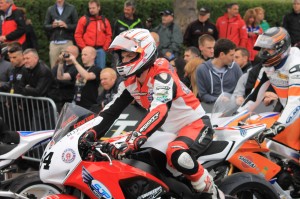 James Cowton has won the 2014 Duke road race rankings championship. James has enjoyed a quite sensational season of racing which has included multiple top class results, podium finishes at all international road races and a highly successful TT 2014.

Regarded by many as one of the fastest rising stars in pure road racing the 2012 newcomers c Manx Grand Prix winner began the season at Ian Watson spring cup road races at Oliver’s Mount where he recorded series of good results which included back to back third place finishes in super twin races.

The Vauxhall international North West 200 was next on the horizon. Supersport race 1 would prove to a highly consistent one for James who secured 11th place finish but the undoubted highlight on day one of race action around the triangle was in opening super twins race.

Third position was recorded as the third place finisher in 2013 Steve Henshaw international gold cup impressed hugely as he lead home the likes of 2013 lightweight TT winner James Hillier, Jamie Hamilton and Ryan Farquhar. Second super twins race would prove once again James undoubted ability as another third place finish was recorded as he battled throughout with Michael Dunlop for second position. 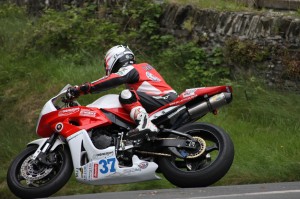 After his exploits at the North West 200 the stage was set for a positive first year of competition at the Isle of Man TT. 18th position was recorded in opening Monster energy supersport race whilst Royal London 360 superstock TT saw James prove his credentials in the hugely competitive class of racing as he surged to 13th place finish. 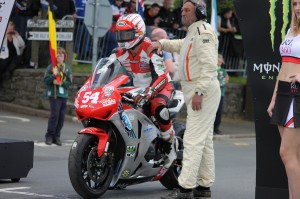 Plus lap speed of over 124.7 mph showed his rapid improvement on the mountain course from 2013 at the Manx Grand Prix where he produced lap speed of 119.6 on opening lap of junior race.

Without a doubt the standout moment of TT 2014 for the rising road racing star came in the lightweight TT. Following a scintillating all round performance third place finish was recorded as the rider competing on Stewart Smith racing ER6 Kawasaki proved to everyone why he is considered a TT winner in the making. 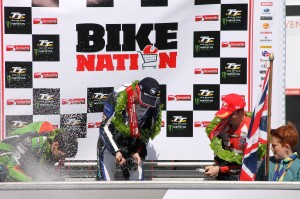 James was back in action around Oliver’s Mount at the Barry Sheene road race festival where he secured more top class results which included back to back supersport race victories plus second place finishes in super twin races on Ken Dobson racing ER6 Kawasaki.

Next up was the Southern 100 know to many as the friendly races. Main standout moments from action around Billown included solid performances in 600/1000 and senior races, third place finish in opening super twins race and fourth place finish in supersport race two where for the whole race he was in front of 2014 supersport TT race 2 winner Michael Dunlop.

Second super twins race would see James edged out for race victory by Dean Harrison by 0.001 of a second in what was one of the closest finishes ever seen at the Southern 100. The prestigious solo championship was next up and CBR 1000 Honda Fireblade mounted James clinched fantastic fourth place finish finishing leading Honda mounted rider.

This result was without a doubt amongst his best performances this season in what has been his first years road racing on a 1000cc or above bike. Third meet of the season around Oliver’s Mount the cock of the north road races saw more fantastic performances from him as he finalised second place finishes in supersport races pushing throughout Dean Harrison on the Mar Train racing R6 Yamaha. 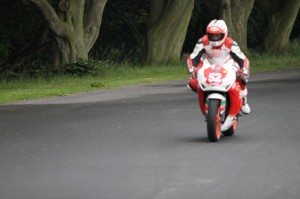 Succession of quality finishes where achieved in super twin races which included second position in third and fourth races whilst third position in opening senior A race proved once again that James was enjoying a stellar season of competition. 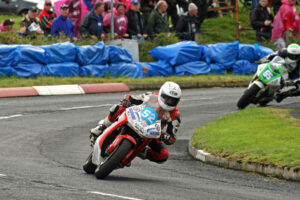 On his debut at Armoy road races the impressive performances continued with third position in super twins race battling throughout for race victory on Ken Dobson racing ER6 Kawasaki whilst hugely creditable sixth position was acquired in opening supersport race.

After Armoy the stage was set for first year of competition at the worlds fastest road race the Ulster Grand Prix. Dundrod 150 races would prove to be one of the standout highlights of this season for James as he recorded race victories in challenge and lightweight races.

Onto race day at the Ulster Grand Prix and following 15th position in superstock race, the opening supersport race of the day saw a great start from the CBR 600 Honda mounted rider as he quickly slotted into battle for third position. From here he maintained an ultra quick pace to secure impressive fifth place finish. His first UGP victory was acquired in lightweight race as in determined mood he stormed to race win on Peter Berwick backed TZ250 Yamaha. 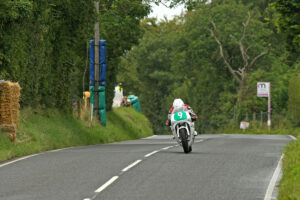 Third position in super twins race rounded off the 2014 Ulster Grand Prix in style for James who proved following his superb debut around Dundrod that in the future he can become a multiple times winner at the fastest road race in the world.

13th position in 350 classic TT proved that how versatile James is who went into the prestigious Scarborough gold cup optimistic of ending the 2014 road racing season with more golden quality results.

Final pure road race action of the year for James was in the Steve Henshaw international gold cup where he recorded fifth position pushing all the way nine times TT winner Bruce Anstey. 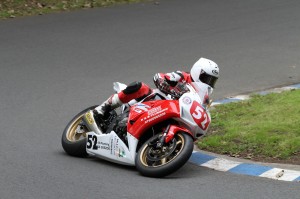 It was a consistent and solid way to end a memorable year of pure road racing action for James Cowton who is only the fifth different winner of the Duke road race rankings championship following Ian Lougher been victorious in 2002, 2005 and 2006, Ryan Farquhar in 2003,2004,2008,2009,2010,2011 and 2012 and last year Michael Dunlop secured championship victory.

Already looking to next season the future is bright for James who has hugely impressed this season securing podium finishes at North West 200, Isle of Man TT, Southern 100 and Ulster Grand Prix whilst proving he can mix it and beat the best in road racing. 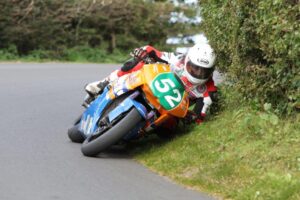