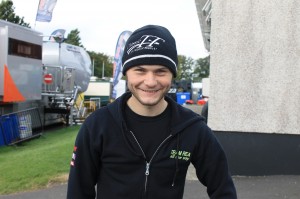 Ben Rea has exciting plans for TT 2015. The 2013 newcomers c Manx Grand Prix winner is planning on competing for the first time at the Isle of Man TT in supersport and lightweight races.

This years Manx Grand Prix saw Ben competing on CMS racing ER6 Kawasaki in super twins race. Following an excellent all round performance 5th place finish was secured plus the rider who made his North West 200 debut in 2014 achieved a goal of his which was to lap in the 110 mph bracket. 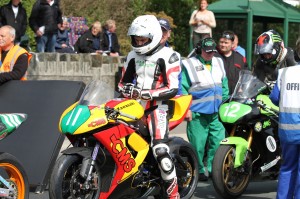 Ben did this on opening lap of the race lapping at 110.057 mph. Alongside competing at the Manx GP this year he has also competed at the classic TT races where in formula 2 race TZ250 Yamaha mounted he recorded hugely creditable seventh place finish.

Looking to TT 2015 Ben is set to compete on CMS racing ER6 Kawasaki in lightweight TT whilst supersport races are set to see him compete on Rea racing with CMS GSX-R 600 Suzuki. Having been a front runner in recent years at the Manx Grand Prix the stage is set for his first year of competition at the worlds most famous road race the Isle of Man TT. 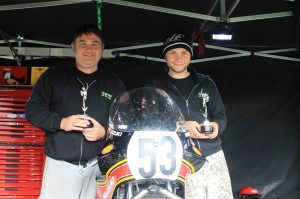 Its going to be a busy year of racing overall for Ben and Rea racing with a return to the North West 200 on the cards plus entry into highly competitive formula 1 classic TT on top spec XR69 Suzuki’s. Plus the team is planning on running a rider in newcomers b race next year at the Manx GP.

In all its going to be an exciting years racing coming up for the team and for Ben Rea its set to be a great experience competing at TT 2015 where he is bidding for personal best lap times and standout results.