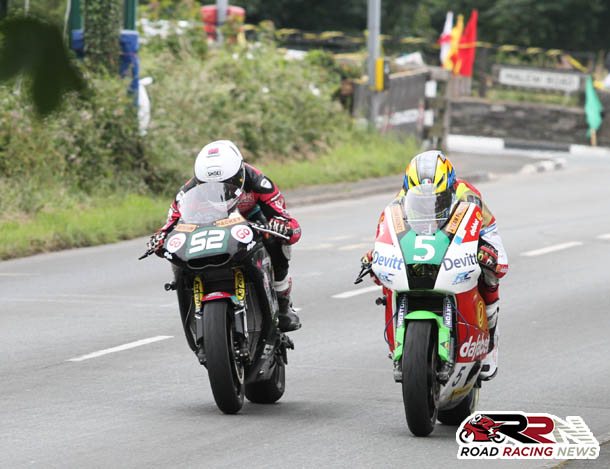 Dafabet Devitt Racing’s Ivan Lintin has recently reflected on the great Super Twins duels, he had with McAdoo Racing’s James Cowton, at the 2017 Southern 100.

Second on the grid for the opening 650 encounter, Ivan edged out his fellow Z650 Kawasaki mounted rider, by just 0.334 of a second.

Speaking about the battle royal with the Kilham based rider, the two times Lightweight TT winner stated:

If the opening Super Twins encounter was enthralling, then race 2 around Billown, provided excitement times 10, with at the line only 0.065 of a second, separating the front runners, making it one of the closest finishes in Southern 100 history. 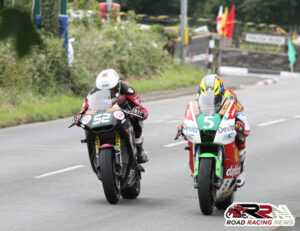 Adding his thoughts on the race, which took his total of victories at the ‘Friendly Races’ to seven, he said:

“It was the seventh closest finish ever in the races history. We knew we wouldn’t drop each other this time, so I overtook him and it was he, me, until the last lap!.

He had led the first two laps, then I went by slip streaming into the Stadium. I didn’t particularly want to lead the last lap, so I slowed.

He knew my tactics and wouldn’t go by, but I managed to hold on again and win, but not with the intended plan.”

Outside of his Super Twins exploits, 6 top six finishes where recorded within the 600 and 1000cc races.