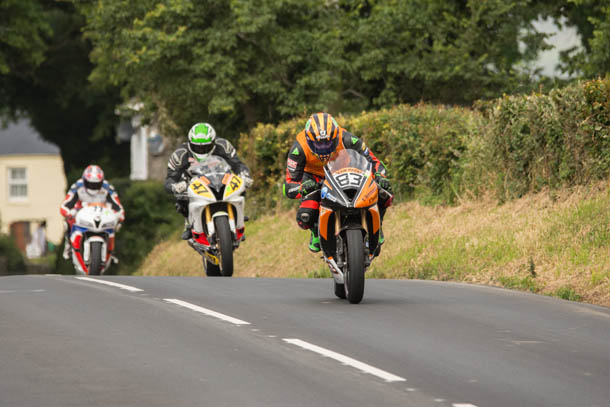 KY-JAX Racing’s Ben Shuttlewood was happy with the pace he showed on his Billown debut, as he sampled for the first time the hugely popular Southern 100.

Chipping away with his lap times, race week at the Castletown based meet began with a 25th place finish, in the 600/1000 B race.

Next up was the Supersport C race, which saw him finish a fine fourth, just missing out on a podium finish, along the way lapping under the 2 minutes 35 second barrier. 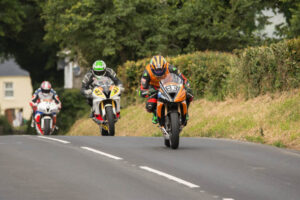 Although his maiden ‘Friendly Races’ campaign ended with a non finish in the Senior Support Consolation race, “Pinball” looked at the positives rather than negatives, from his time at Billown.

He would like to thank all the people that made his first Manx roads outing come to fruition; Kim and Ian for their hospitality. Jake, Martin and his dad Victor for helping with the bike and finally to Mark and Jess at Blueridge and Lee Hemmings at Hemming’s Haulage for their continuing support.

The Leicester based riders next roads meeting on the horizon, with the KY-JAX Racing Triumph is the ultra tight and twisty roads of Aberdare Park in Wales.

Ben’s 2017 roads season is then set to conclude at Oliver’s Mount, at the prestigious Gold Cup meeting, as he aims to build upon the pace he showed at June’s Cock O’The North Road Races.