Irwin only half a second away from UGP rostrum 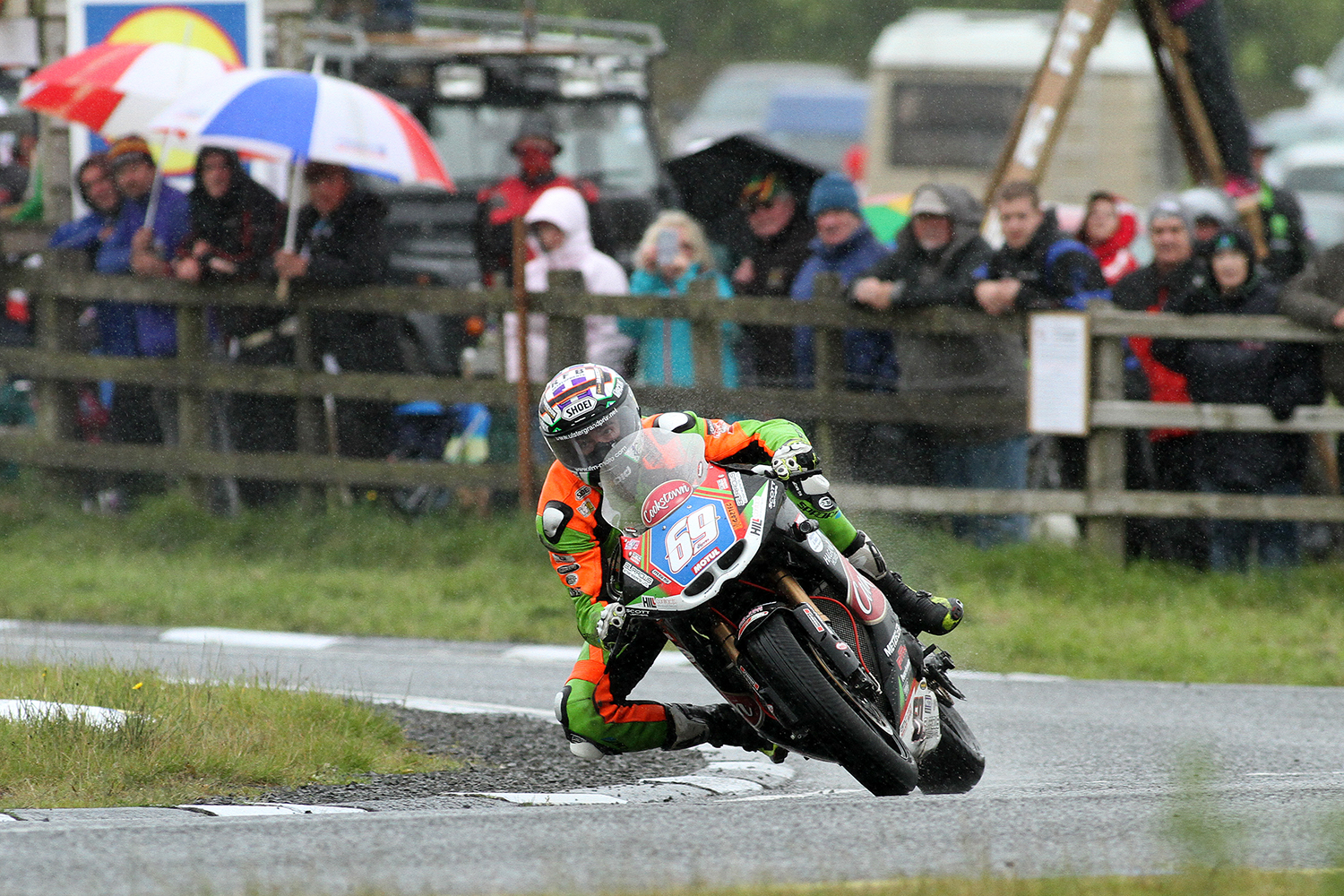 COOKSTOWN Burrows Engineering Racing team owner John Burrows was slightly disappointed that his team did not have a rostrum result to celebrate at the Dundrod 150/Ulster Grand Prix meeting but they came mighty close to a top three finish when Glenn Irwin took the Cookstown Burrows Engineering Kawasaki 650 to fourth place in Saturday’s Supertwins race behind Derek McGee, James Cowton and Dan Cooper.

Irwin and Cooper exchanged third place on the last lap but it was the Englishman who held the final rostrum position when the chequered flag came out, only half a second ahead of the Carrickfergus flyer. 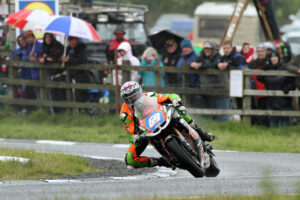 Burrows said: “Glenn was in pole position for the race and I was confident he would win especially after the second quickest man in qualifying, Ivan Lintin, was forced to withdraw from the race after an earlier crash.

However, it rained heavily just before the race started and Glenn admitted that he was not fully comfortable in the tricky conditions and settled for a safe fourth place. Given the conditions, the team were happy just to see him finish.

“We should have had two bites at the Supertwins cherry but Thursday’s race was cancelled after time ran out due to a spate of red flag stoppages.”

Thomas Maxwell was in action on the Cookstown Burrows Engineering Honda CBR 600 RR at the Dundrod meeting and the Mullingar man had mixed fortunes.

Thursday’s Dundrod 150 Newcomers race suffered the same fate as the Supertwins race one which was very frustrating for Maxwell and the whole team but he did get to ride in both UGP Supersport races on Saturday. In race one he was sidelined by a slight overheating problem while in race two he lapped at close to 120 mph and finished a creditable 22nd.

Burrows commented: “Thomas is improving all the time and the Newcomers race would have been a real chance for him to shine. He earned a second row starting position in qualifying and if the race had gone ahead I’m sure he would have been challenging for a top three finish. Sadly, time and daylight ran out and there was no race.”

Cookstown Burrows Engineering Racing will next be in action at Killalane where Maxwell (600 Honda), Michael Sweeney (250 Honda) and possibly Michael Dunlop (Supertwin) will ride for the Tyrone based team. Looking further ahead, Glenn Irwin will ride the 650 Kawasaki at the Sunflower meeting in October at Bishopscourt.