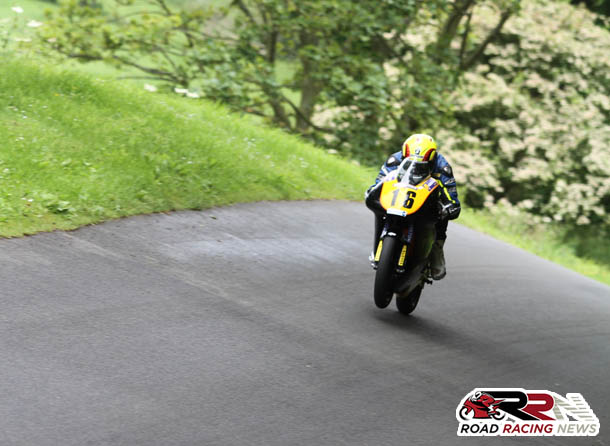 Ian Lougher enhanced his record, as the most successful rider in history at Oliver’s Mount, at the recent Cock of The North Road Races.

His Oliver’s Mount wins total, now stands at a quite incredible 136.

Although he perhaps not the force he once was around the mount, he is still extremely hard to beat, at the road race circuit known to many, as a mini TT.

In the last ten years some of Ian’s most iconic Scarborough moments have included in my opinion, overall David Jefferies cup supersport victory during the 2009 Scarborough Gold Cup, finishing runner up in the 2010 Steve Henshaw international gold cup.

Looking towards the rest of the 2016 roads season, meetings coming up for Ian include the Classic TT Races.

Ian is all set to compete in the newly formed lightweight classic TT, which sees an anticipated grid in excess of 50 two stroke mounted riders, in action on the Mountain Course.