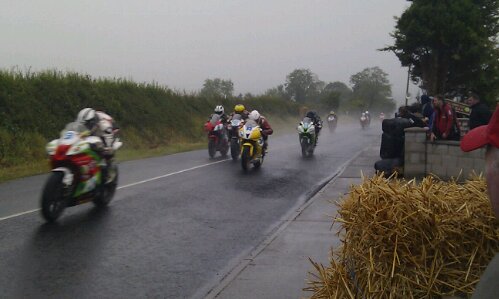 First ran in 2002, the meet was host to a truly staggering achievement by Ryan Farquhar in 2009, as the Dungannon racer made it 100 Irish road race victories courtesy of Supersport, Super Twin and Grand Final victories.

2010 saw no race action take place at Athea, the Athea Road Race Club was quietly confident though of getting the event back on the calendar for 2011.

Thanks to hard graft, passion and determination, the club’s efforts where rewarded as the meeting returned in 2011.

The cream of Irish road racing ventured upon Athea, including the world famous Ballymoney brothers William Dunlop and Michael Dunlop. 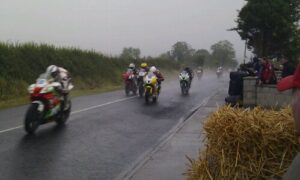 Between them winning three races, the Open, Supersport and Grand Final encounters, they showcased their star quality as did John Burrows who more than kept the Dunlop’s honest.

At the time providing a first prize of 5,000 euros, more than a vast majority of other roads meetings, there was positives a plenty for organisers to take from the days of competition.

At the same time though, there was much to think about in terms of the surface of the fast, tight and twisty roads course with multiple riders unhappy about the loose chipping’s bouncing onto their machines which also caused damage to their leather, boot and glove attire.

Unfortunately due to not been able to gain the correct financial input, 2011 proved at present the last year pure road racing has taken place at Athea.

A course that had a mix of everything, it was night and day different in comparison to the likes of Dundrod’s ultra quick flowing roads and one that rewarded smooth calculated riding.