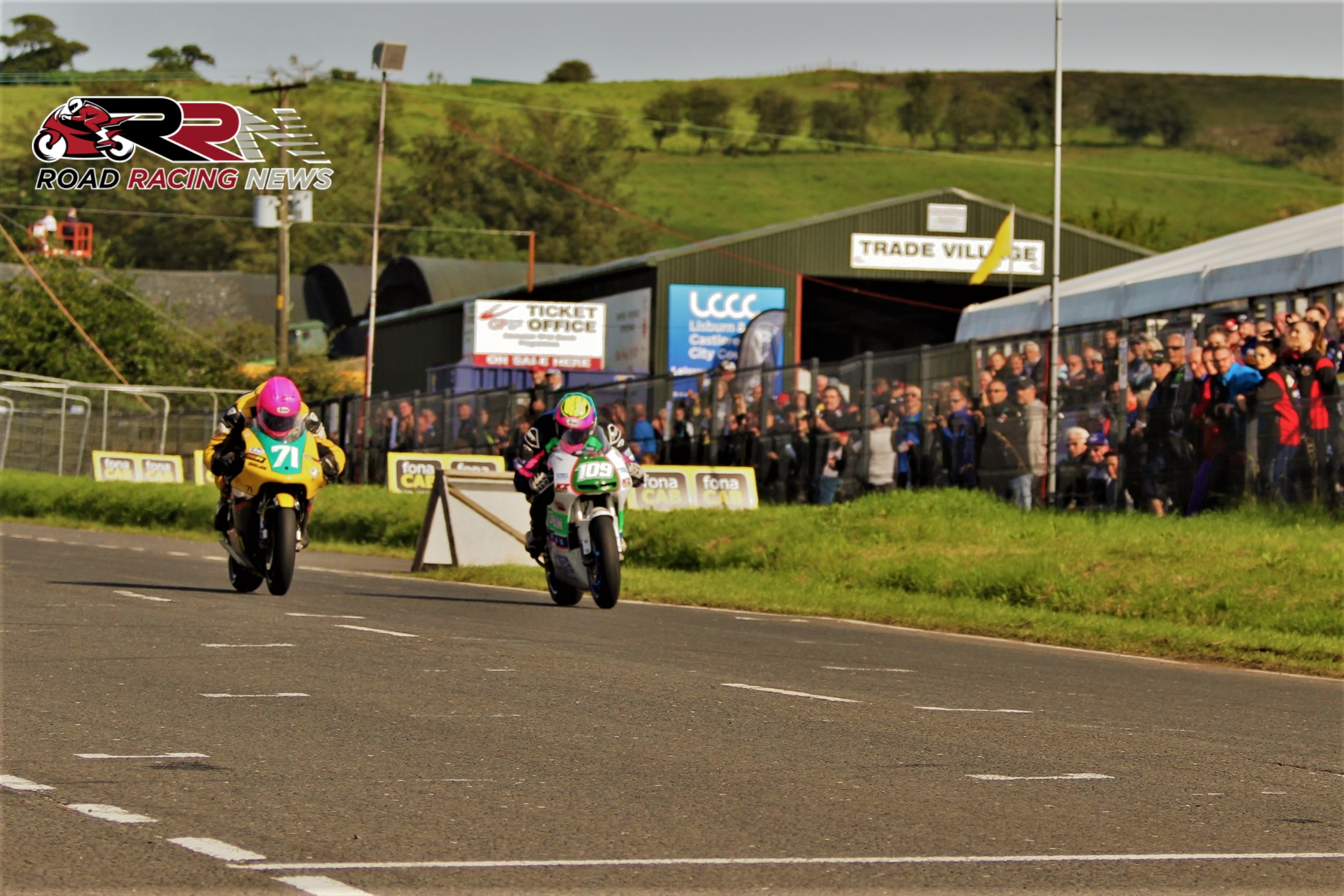 Logan Racing’s Neil Kernohan reigned supreme in the Belfast International Airport Lightweight race, but only after holding off the tenacious, strong challenge from Davy Morgan.

There was nothing in it throughout between the 250 mounted pairing of Kernohan and Morgan, with only 0.062 of a second covering them at the completion of the penultimate lap of the race.

The fourth and final lap looked set to yield a grandstand finish between Kernohan and Morgan, but then red flags entered the horizon following an incident involving Gareth Keys at Tornagrough. 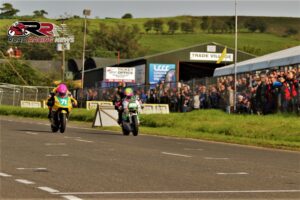 Banbridge’s Shaun Anderson placed fourth only 0.041 of a second behind Williams, whilst placing’s 5th, 6th and 7th were scooped by Kris Duncan, Peter Fletcher and impressive UGP newcomer Stephen McKeown.

Prior to red flags emerging, the DGH Recovery Services Ultra Lightweight race was an absolute classic.

Showcasing the best of 125, Moto 3 machinery, Michal ‘Indi’ Dokoupil and Christian Elkin battled it out for class honours.

Separated by only 0.258 at the end of lap 1, lap 2 saw Dundrod specialist Elkin move into the race lead, leading Dokoupil by under one tenth of a second.

Soon though Czech roads star Dokoupil was back into race lead, moving towards the completion of lap three, 1.539 seconds clear.

Dokoupil’s advantage at the end of lap three proved crucial in the race outcome, as aforementioned red flags arose. 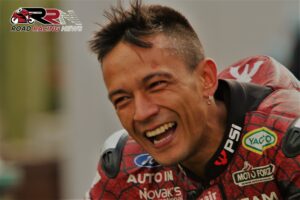 Behind race winner Dokoupil, Elkin, the final place on the podium was claimed by Melissa Kennedy who finished just 0.275 in front of Irish roads stalwart Nigel Moore.