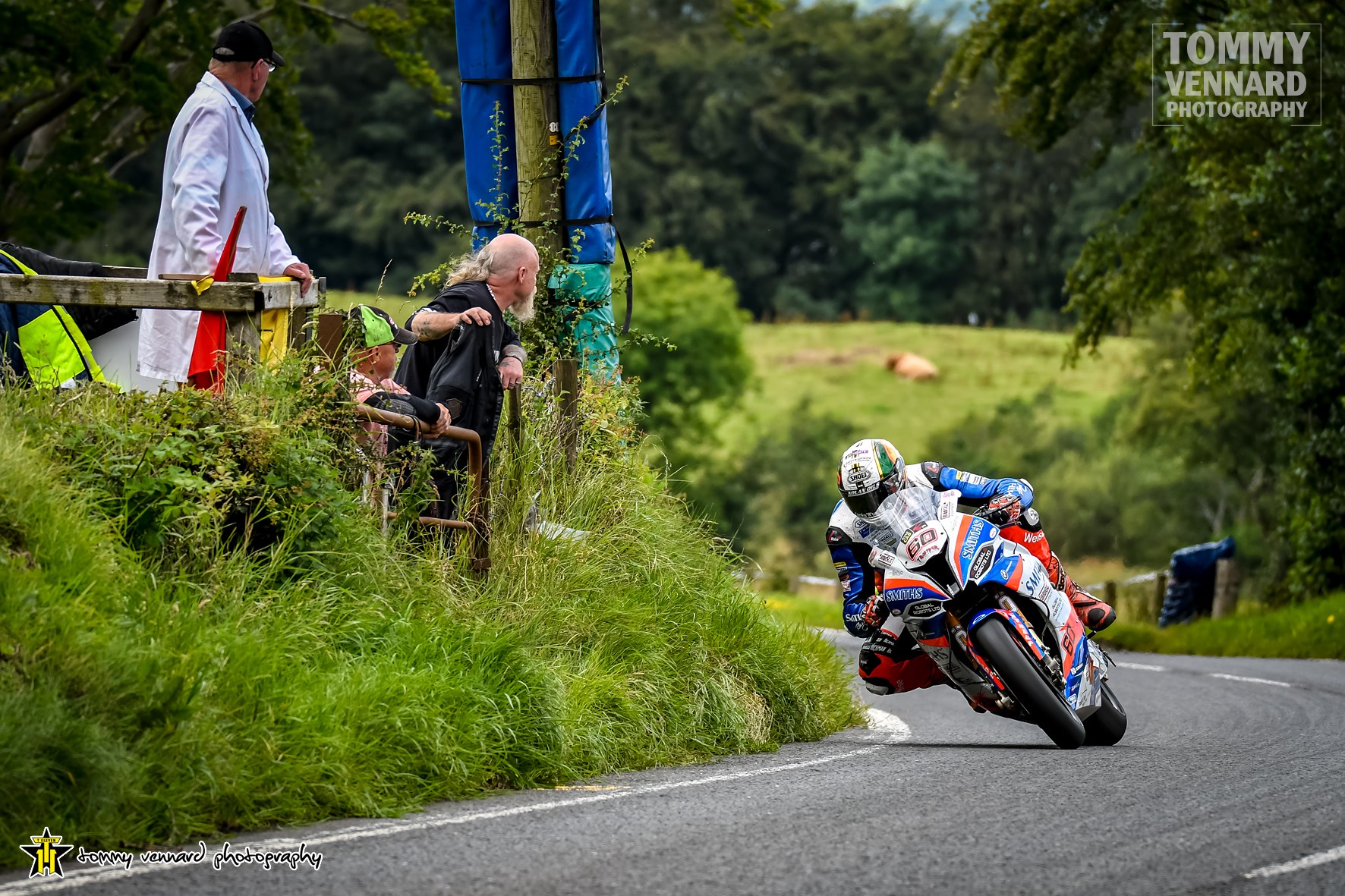 Matching Philip McCallen’s record of five wins in day at the Ulster Grand Prix, Peter Hickman ended what’s been a quite incredible week of competitive action at Dundrod with success in the Around A Pound Superbike race.

Steadily pulling away from Dunlop Senior TT winner Dean Harrison, Smiths Racing’s Hickman as in prior Superbike encounters, had that midas touch, that extra gear, that something extra, that raw burst of pace to enable him to pull clear of his respected fellow front running International Roads exponents. 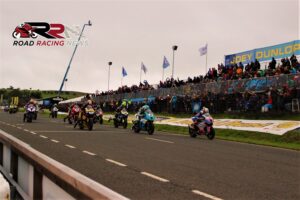 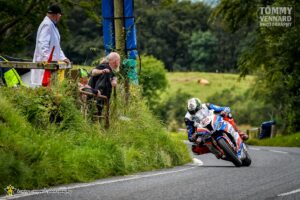 Joining the ‘Double H’ duo of Hickman and Harrison on the Around A Pound Superbike rostrum was Milenco by Padgetts Conor Cummins, who took his tally of Ulster GP rostrums for 2019 to five.

Penz 13 BMW’s Davey Todd also a multiple rostrum finisher this week, was a solid fourth, whilst positions five and six were acquired by TT Privateers Champion Jamie Coward and BE Racing In Conjunction with Richardson Kelly Racing’s Derek Sheils.