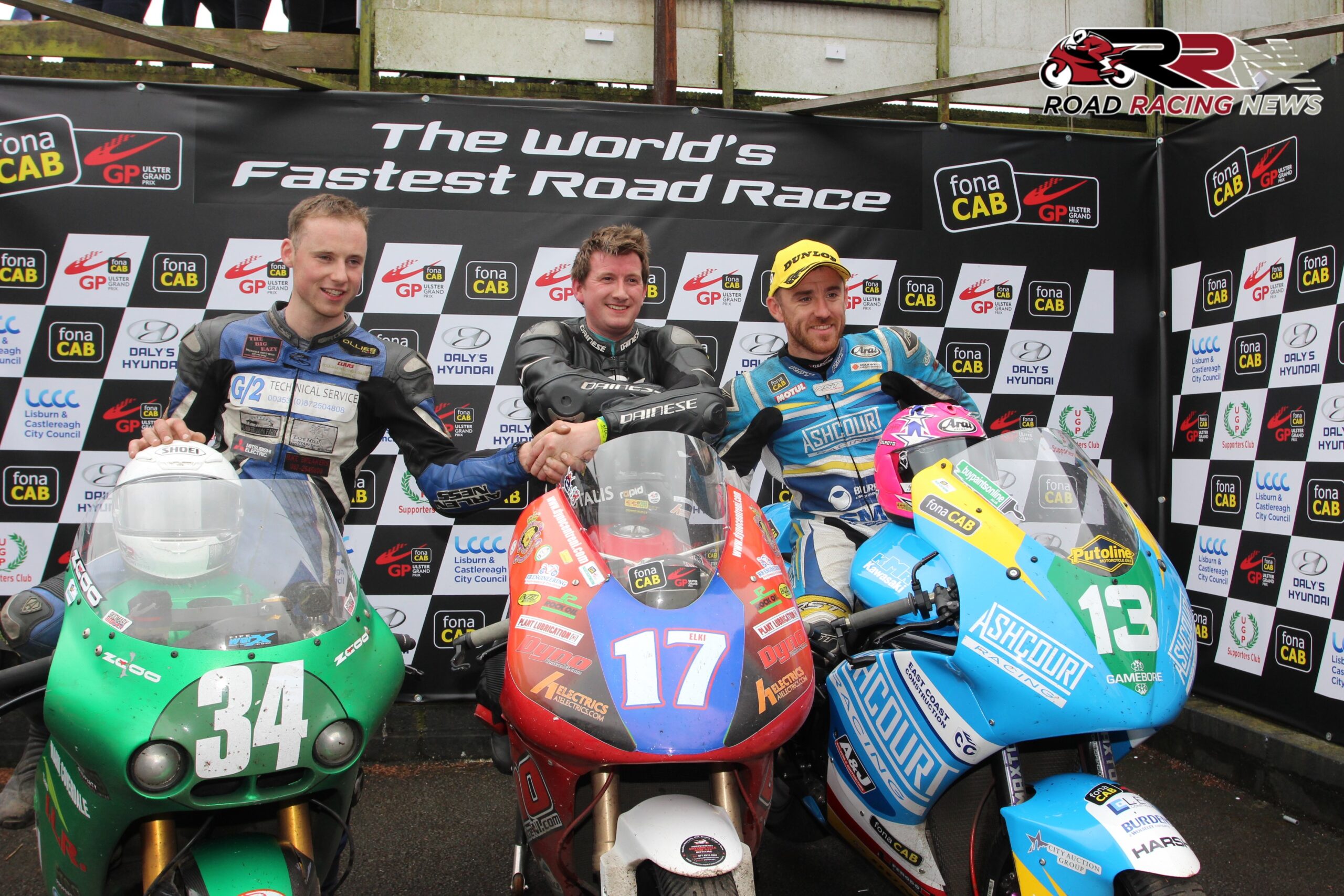 There was nothing in it throughout between the leading duo, who traded back and forth the race lead.

Ultimately at the end of unquestionably one of the best races of this year’s Ulster GP, it was Dundrod specialist Elkin who just edged out International roads returnee Loughlin for race honours, by just 0.078 of a second!

Rounding out the podium finishers behind Elkin, Loughlin was Ashcourt Racing’s Lee Johnston, who finished just over 0.4 ahead of KTS Racing’s Jamie Coward. 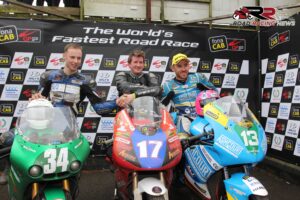 Thursday’s twins class winner Paul Jordan placed fifth, whilst sixth place went to Ian Lougher, who announced today at Dundrod, that he is calling time on competitive action at the TT Races and Ulster Grand Prix.