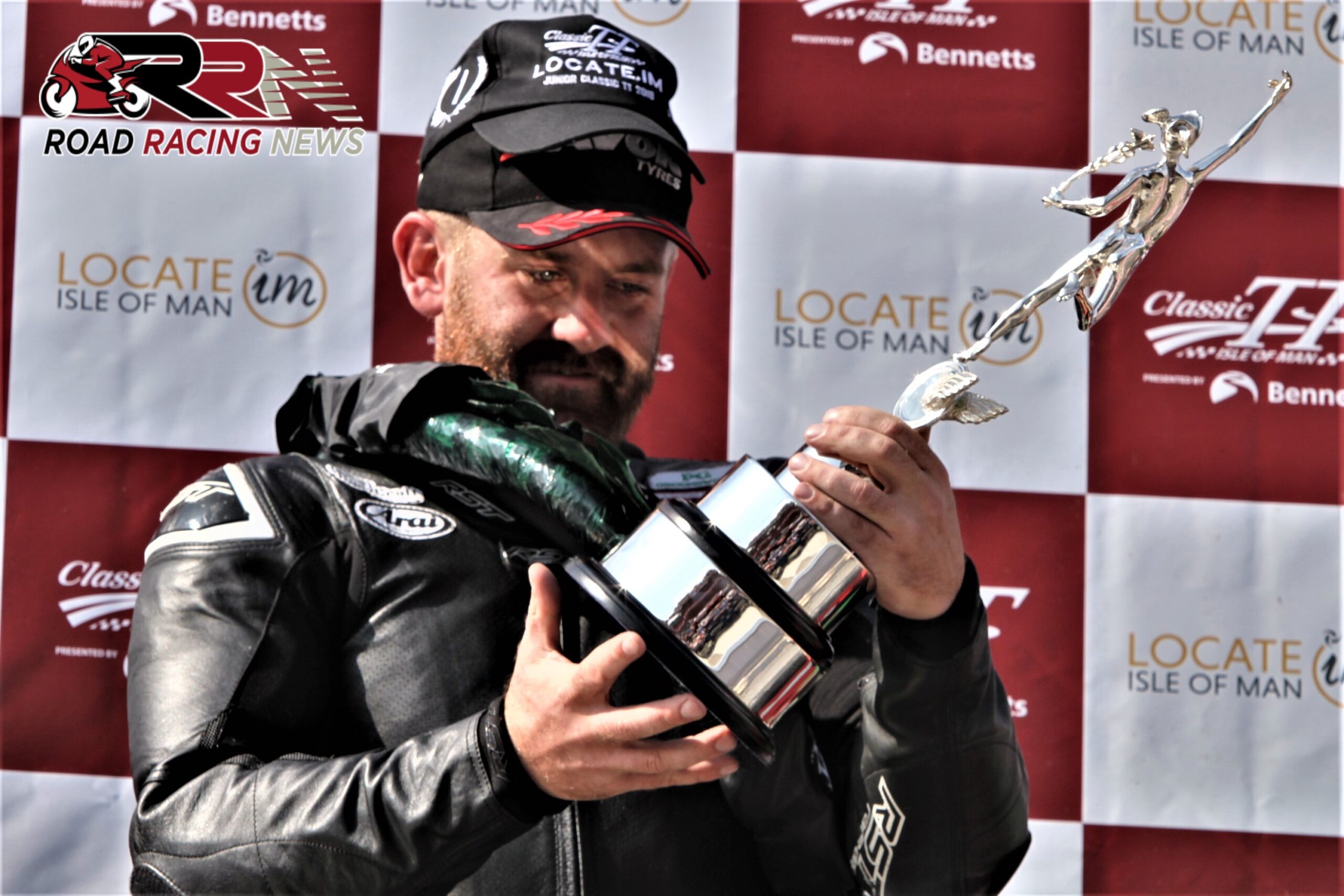 Delayed by over 3 and a half hours, due to a pesky bout of mist on Manx shores, the Locate.im Junior Classic TT, reduced in distance to just three laps finally got underway at 2:00 PM.

Johnston extended his advantage over Coward at Ballaugh Bridge to six seconds, which then doubled in size at the Bungalow to 12 seconds. 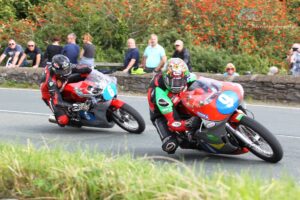 Lap two began with Johnston at Glen Helen squeezing out a further plus 0.7 on Coward, with 9.884 seconds now separating them. 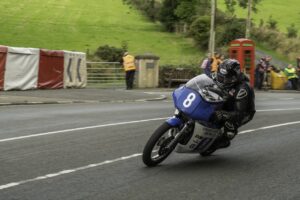 2018 TT Privateers Champion Coward though, soon started to eat into the deficit to Johnston, pulling back on the run to Ramsey Hairpin over three seconds.

It looked like we was all in for a close fought, exciting finish in the battle to become 2019 Junior Classic TT Champion but then drama struck with Johnston retiring out of contention at the Gooseneck.

Johnston’s demise allowed Coward to open by the end of lap 2, an advantage of over 27 seconds over new nearest pursuer, 2018 race victor Herbertson.

From here Coward maintained a strong, accomplished pace to finally join the Classic TT winners circle which makes him officially the most successful racer in Classic TT history, having taken his event podium finishes tally today to seven. 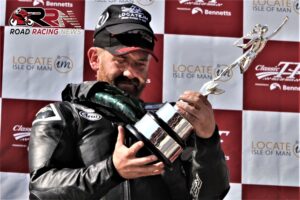 Behind Coward, the captivating last lap battle for second place was won in dramatic style by Michael Rutter, who placed second just 0.351 ahead of Dominic Herbertson. 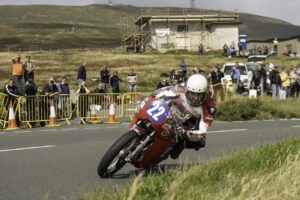 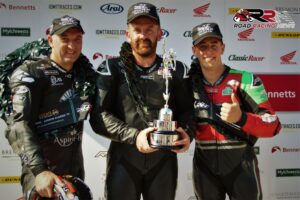