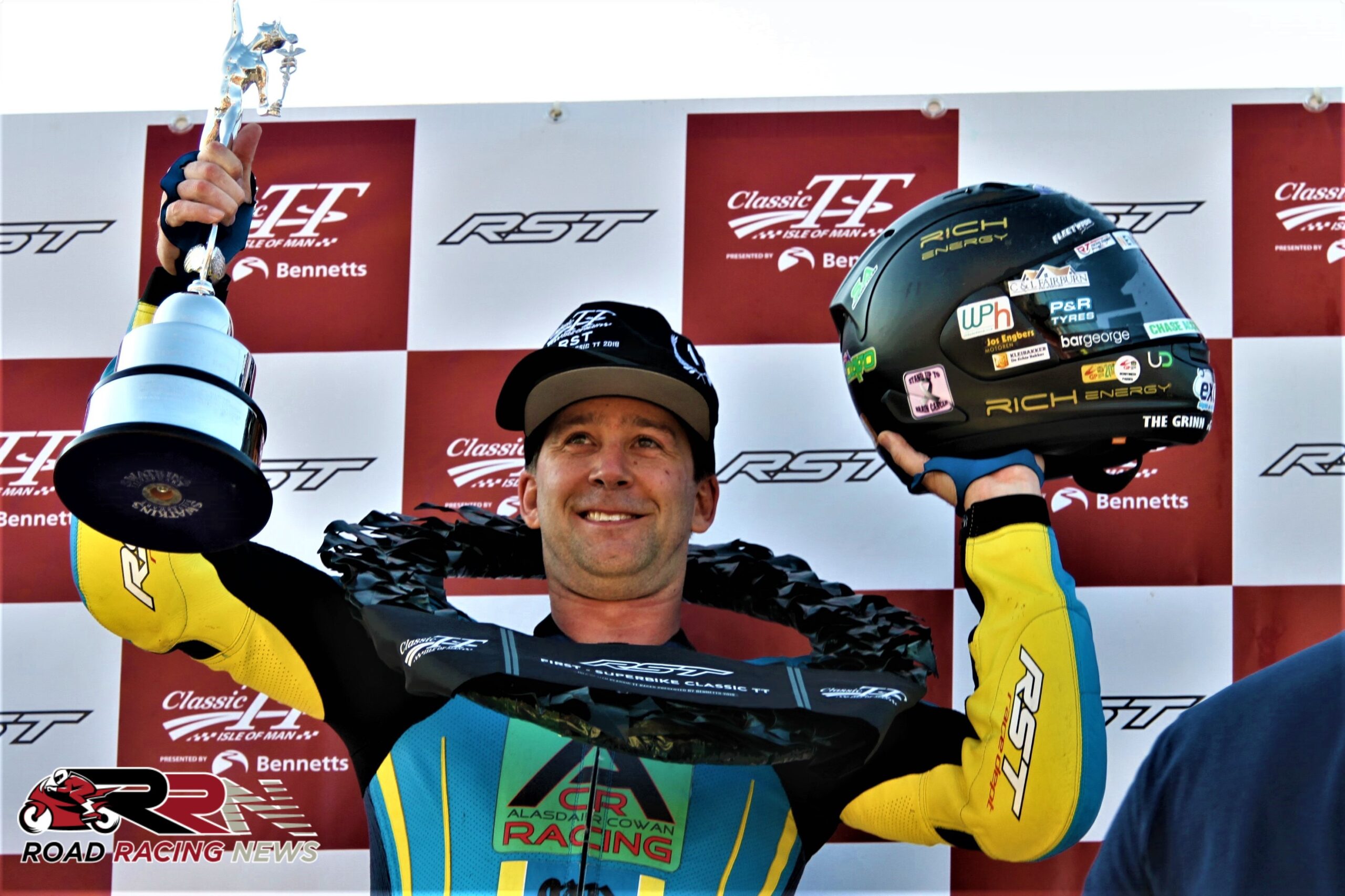 Involved throughout in an evenly contested battle for class honours with Team Classic Suzuki’s Michael Dunlop, Australian star Johnson trailed the 19 times TT winner at the end of lap 1, by just over 1.9 seconds.

After the scheduled pit stops, it was all change out front at Glen Helen on lap three with Johnson now leading Dunlop by 1.755 seconds.

By Ramsey Hairpin though Dunlop was back into the race lead, which he maintained to the end of lap three, moving almost five seconds ahead of Team ACR (Alasdair Cowan Racing) Kawasaki mounted Johnson. 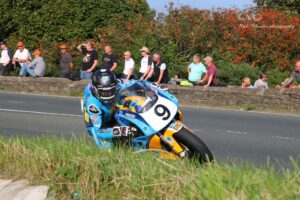 Enjoying a 13 second race lead on the fourth and final lap at the Bungalow, it looked like International roads legend Dunlop had wrapped up another Superbike Classic TT title.

But then drama a plenty was to arise prior to the next timing sector at Cronk Ny Mona, with Dunlop been a confirmed race retirement at Hillberry.

After Dunlop’s bad luck, this allowed Johnson to regain the race lead which he held to the chequered flag to secure a first Classic TT, Mountain Course affiliated race success. 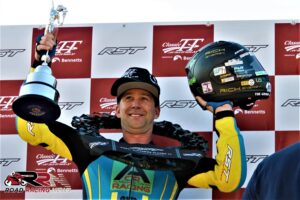 Victorious by 41.267 seconds, it’s fair to say that the amiable, laid back Adelaide racer is one of the most popular Classic TT champion’s since the events original inception in 2013. 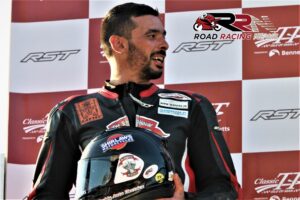 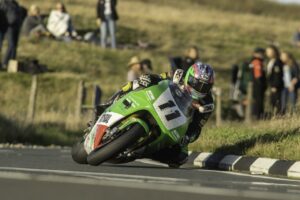