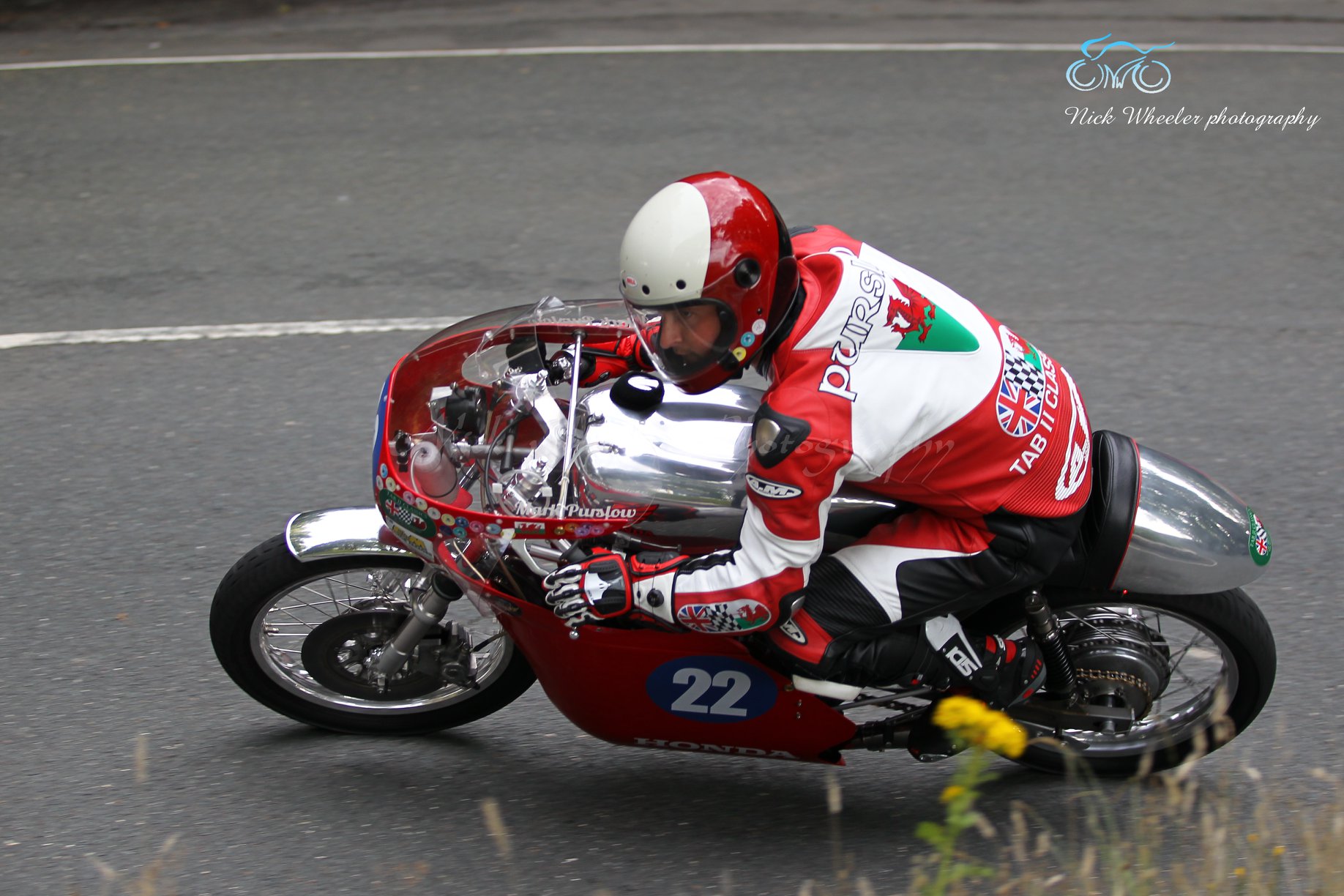 Purslow who emerged victorious in the 2015 Lightweight Manx Grand Prix, stated today about the high’s, lows, challenges thus far from his latest Isle of Man Festival of Motorcycling voyage.

“Like you say we’ve had limited practice time but it’s been alright. You know we’ve been getting on, dialling the bikes in, we had six laps from the Friday practice sessions, so that was good.

The 500 was going well until we broke down in the race, we were flying, it was gutting, it was just the coil bracket that broke in the end on that, so that was a shame.

We’ve swapped motors with the 350, cause in practice it was jumping out of third (gear), so swapped that last night, just got to finish this off now, then we’ll get onto the old Super Twin, for the Lightweight, we’ll sort that out.

There’s a bit of an oil weep coming out of the motor, just got to check it over ready for Monday’s practice.” 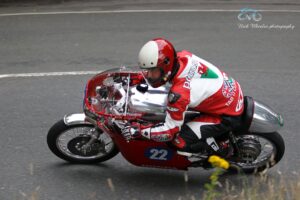 Speaking about Monday’s four lap Junior Classic race, which will see him pilot the Tab 2 Classics supported 350 Honda, the affable Welshman stated that he is targeting at minimum a top 10 finish.

“Aim for the 350 is a top ten finish, top five would be great, don’t know whether we have the legs with this motor but we will see, see what happens in the race.”

“We should have a good run. I’ve only done two laps on it (The Super Twin). We’ll be there or thereabouts, these Classic machines make me faster on the modern stuff.”