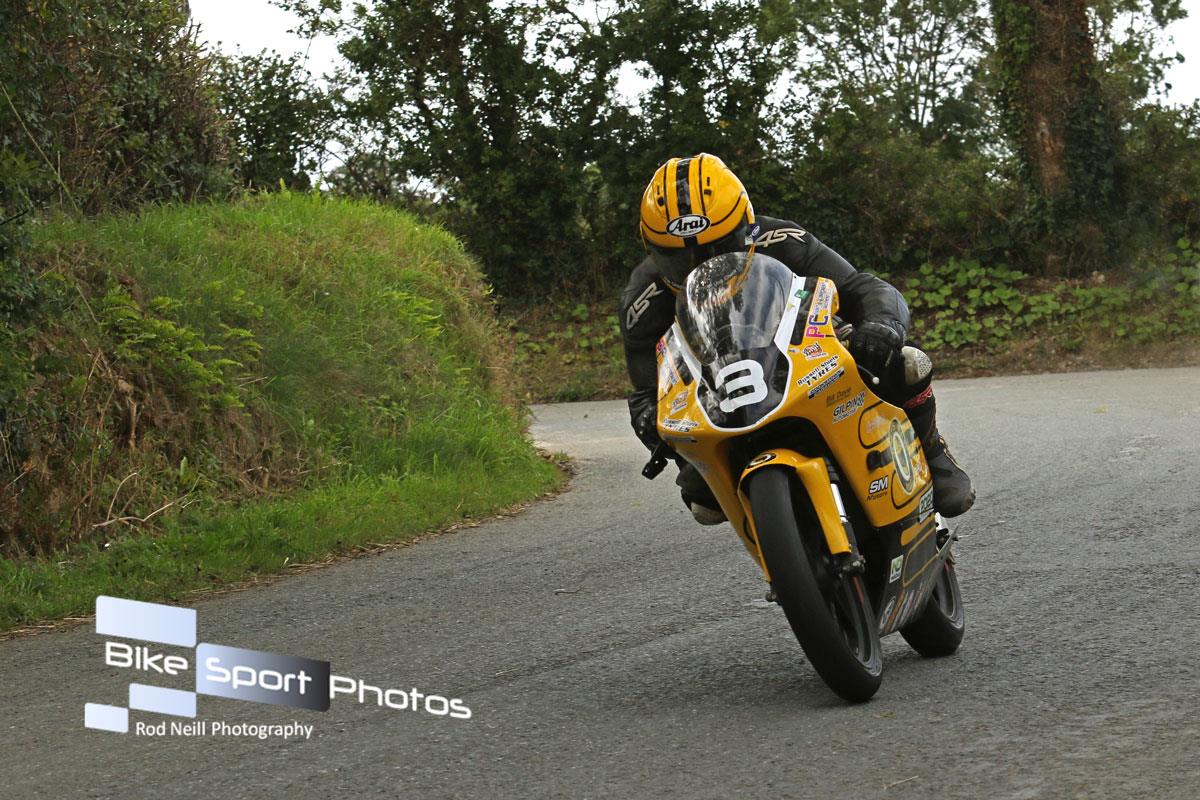 Since first delving into roads competition last year at the Mid Antrim 150, the son of the legendary Joey Dunlop has established himself as one of pure road racing’s most accomplished, high calibre exponents of 125 machinery. 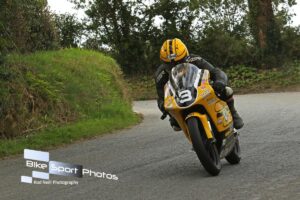 Joining the Joey’s Bar MCC team manager on the rostrum on Sunday afternoon was between the hedges veteran Nigel Moore and KNR backed Melissa Kennedy.

Looking back on the rest of yesterday’s race action, there was no surprise in the Senior Support class with dominant category national champion Joe Loughlin chalking up yet another race win aboard the Crossan Motorcycles Yamaha.

David Howard and Jonathan Gormley concluded the rostrum finishers, whilst the Classic 250 and 350 races where headed respectively by prominent class protagonists Richard Ford and Barry Davidson.

The sole remaining class winner from a day’s racing unfortunately curtailed from 4:00 PM on wards due to increasing rain around Killalane, was John Ella who lead the small 250 challenge.

Despite having bad weather a plenty thrown at them throughout the weekend, the organisers of the first ever East Coast Racing Festival deserve praise in abundance for running a textbook excellent meeting, which concluded the 2017 Irish roads season in positive fashion.

Results per class from the Carole Nash East Coast Racing Festival, is as follows: