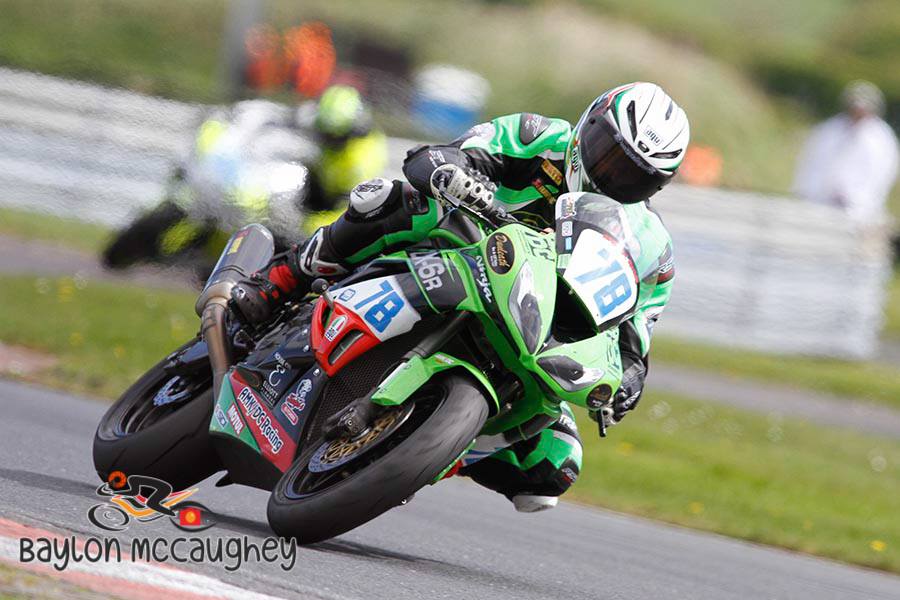 Now in his fourth full season of racing, Cookstown’s Dean Campbell has progressed immensely in the past couple of years, both on the circuits as well as the roads!.

Following in his Dads footsteps, Dean is a past winner here at the KDM Hire Cookstown 100, when he won the 750 support race back in 2015.

This was a vast improvement for Deano, having made his debut at the same race a year previous, when he qualified 15th, before going n to finish in 16th. Dean went on to finish second in the 750 support championship in 2015, before being upgraded to national status.

Dean’s father, Davy had some impressive results in the Cookstown 100, many years ago, when the Sherrygrim circuit was used, finishing 4th in the 600 race ahead of Alan Irwin and Sam McClements etc!, that was in the days before tuning got into the class!

2016, and a change of machinery, Dean contested the 600 Supersport class, at the KDM Hire Cookstown 100 finishing in 11th and 12th placings. On the circuits, Deano had many top six results, including a second at Kirkistown! 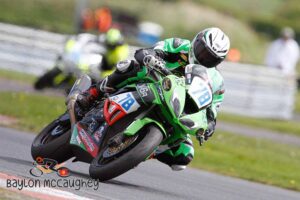 This year, the 30 year old Cookstown joiner is hoping to make his Manx Grand Prix debut in the Junior Newcomers race.

For the KDM Hire Cookstown 100, Campbell will go in the 600 and 400 classes, having done a few races last year on board the Knipe Racing Yamaha, Dean hopes to do a full season on the circuits on this bike as well as selected road races.

Dean will also be contesting in selected international events and all national Road Races on the AMK/DC Racing Kawasaki 600 and he will also be taking on the ISB short circuit championship on both the 600 and PK Racing’s 400 machine.

Dean would like to say special Thanks to; his Dad for everything he does, “Without him and the Team it wouldn’t be possible to race at all. To all my sponsors Dunleath Bar Cookstown, House of Elliott Flowers, AMK, Knipe’s Butchers, PK Racing and anyone that’s helped in any way. Thank You.”