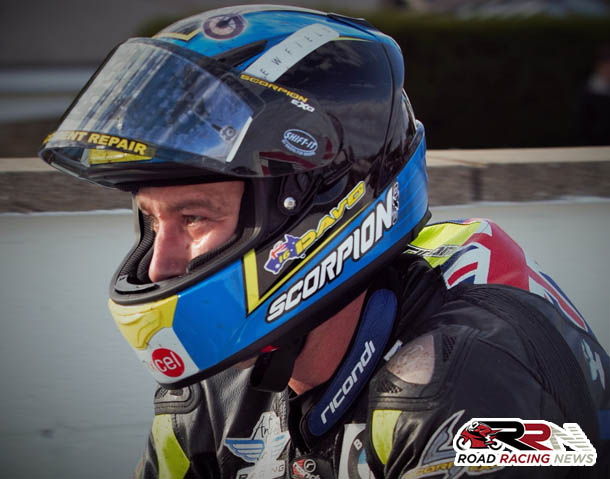 Australia’s fastest competitor around the Mountain Course, David Johnson is confirmed to compete for the second time at the Vauxhall International North West 200.

As in 2015 Davo is set to compete for Paul Shoesmith’s Ice Valley Racing outfit, which has acquired sponsorship from Four Anjels for 2016, but this time on a full blown S1000RR BMW superbike.

His debut last year around the Triangle, saw him gel quickly, with one of pure road racing’s most iconic circuits. 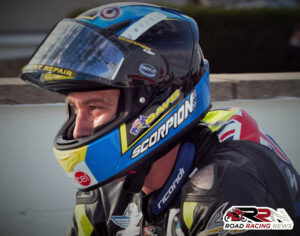 Opening superbike race would see him finish an excellent ninth, this result was backed up by tenth place finish in the only superstock race of the meeting.

Having piloted a superstocker on his debut at the North West 200, David is confident that the new Ice Valley racing S1000RR BMW superbike, will prove a hugely competitive package.

“The team is taking a big step up going full factory with the new engine. The bike will also have Ohlins suspension for 2016 and should be a really competitive package.”

Alongside action at the Giant Causeway based road race circuit, David is also set this year to return to the world’s fastest road race the Ulster Grand Prix and the Macau Grand Prix.

Regarded by many as now Australia’s leading pure road racer, he is tipped by many to soon become an international road race winner.

“Previously the team has always ran Superstock spec machinery but this year we decided to push the boat out and buy a factory built superbike engine from BMW.”

Dave has proved what he can do with the right equipment in recent seasons and we are putting that under him this year.

We can’t wait to get to the North West to see how fast this new Superbike is. Our stockers are putting out 207 bhp at the back wheel so we will be hoping to top 200 mph in the speed traps on all of our bikes!”

An exciting 2016 roads campaign is in prospect for Paul Shoesmith’s team, who have in the last six years established themselves as one of pure road racing’s most enterprising outfits.

Whilst for David Johnson, he will be aiming to move up a level, from been a rising star around the Triangle, Dundrod and Macau, to been a regular contender for results of the highest quality.