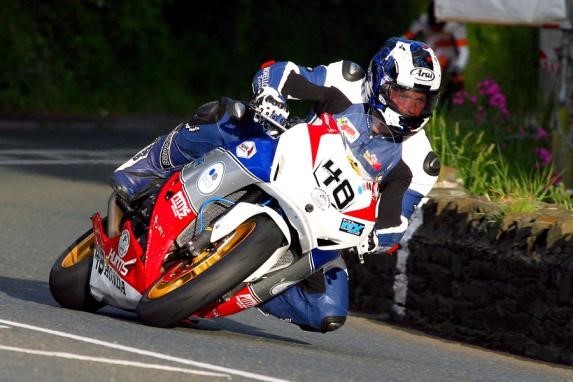 It’s always a struggle for the privateer racers regarding sponsorship and support and none more so than John Ingram, it’s a fact these days that ability isn’t enough unless you have the backing of sponsorship, John is a joiner by trade and a Road Racer by heart.

I managed to catch up with John to ask him how his 2015 season turned out and his hopes for 2016, although having taken some hard earned podiums during his racing within the British Superbike Championship in the Superstock 1000 races and also encountering some problems throughout the year here is his review.

“BSB Superstock 1000 2015, Podium finish at Knockhill in the Superstock 1000 races, previously I was Plagued with bad luck and bike problems up to this point. I also had numerous BSB races toward the end of the season with some solid top 20 finishes, which was quite pleasing.

At the 2015 TT I averaged 124 mph with a best result of 22nd in the Superbike race on the stock Hunts / Parker Bromley stock spec Fireblade. 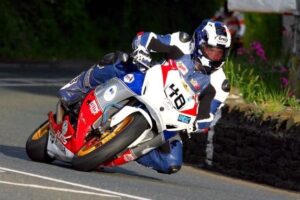 Rated as the fastest road races in the world I made my debut at the Ulster Grand Prix competing against the top road racers in the world today, lapping at 124 mph and taking another top 20 finish were a great debut for the team.”

“My intentions are to make my North West 200 debut in May, and then onto the 2016 TT in June on my own new BMW S1000 RR machine along with the Supersport races on a Moto Breakers ZX6R Supersport machine.

Back to the Ulster in August for more Dundrod action again on the BMW and hoping to start where I left off in 2015.”

I asked John how his machine preparations developed over the winter and of course the costs involved, once again showing the dedication and support to enable him to go racing.

“To give you an incite I would say the BMW that I have built and prepared for the road racing job would be around 20k with spare wheels and stuff, it’s been a lot of late nights through January to get it prepared nice and early so we’re not rushing and faffing around at the last minute.

My joinery work has to keep moving to pay the bills so this ties me up all week, then pre season gym workouts, mountain biking and circuit test days are very important to keep the body and mind sharp enough to do the extra long road races this coming season.

If I had to put a figure on the three road races I’d say 20k not including bikes, anyone with a family and a business to run like me, who races will know I’m juggling three balls, Family, Work and Racing.

That order in priority would be nice and ideal but it never really works out that way, I have a fantastic Wife and family around me whom are very supportive that makes me really fortunate. Keeping supporters and sponsors in the loop is also very important which I do enjoy but also takes a bit of my time.”

Having now tested his BMW twice already this year John was giving nothing away suffice to say that his first tests aboard the new BMW have proceeded very well, John said “We are already at a great starting point and looking forward to the 2016 season”. 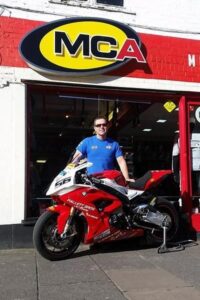 If you would like to support John’s racing this year his support group is now up and running and just £56 gets supporters a part in the action and a signed photo at the end of the year.

John is looking for sponsors especially for the NW200 races and the 2016 TT races, coverage on both of these events is immense and of course TV and Media is Worldwide, if you would like your company or name on John’s machines, helmet or leathers please do not hesitate to contact John for pricing.

You can also follow John on his Face book support page or email him directly at johningramjoineryltd@hotmail.co.uk