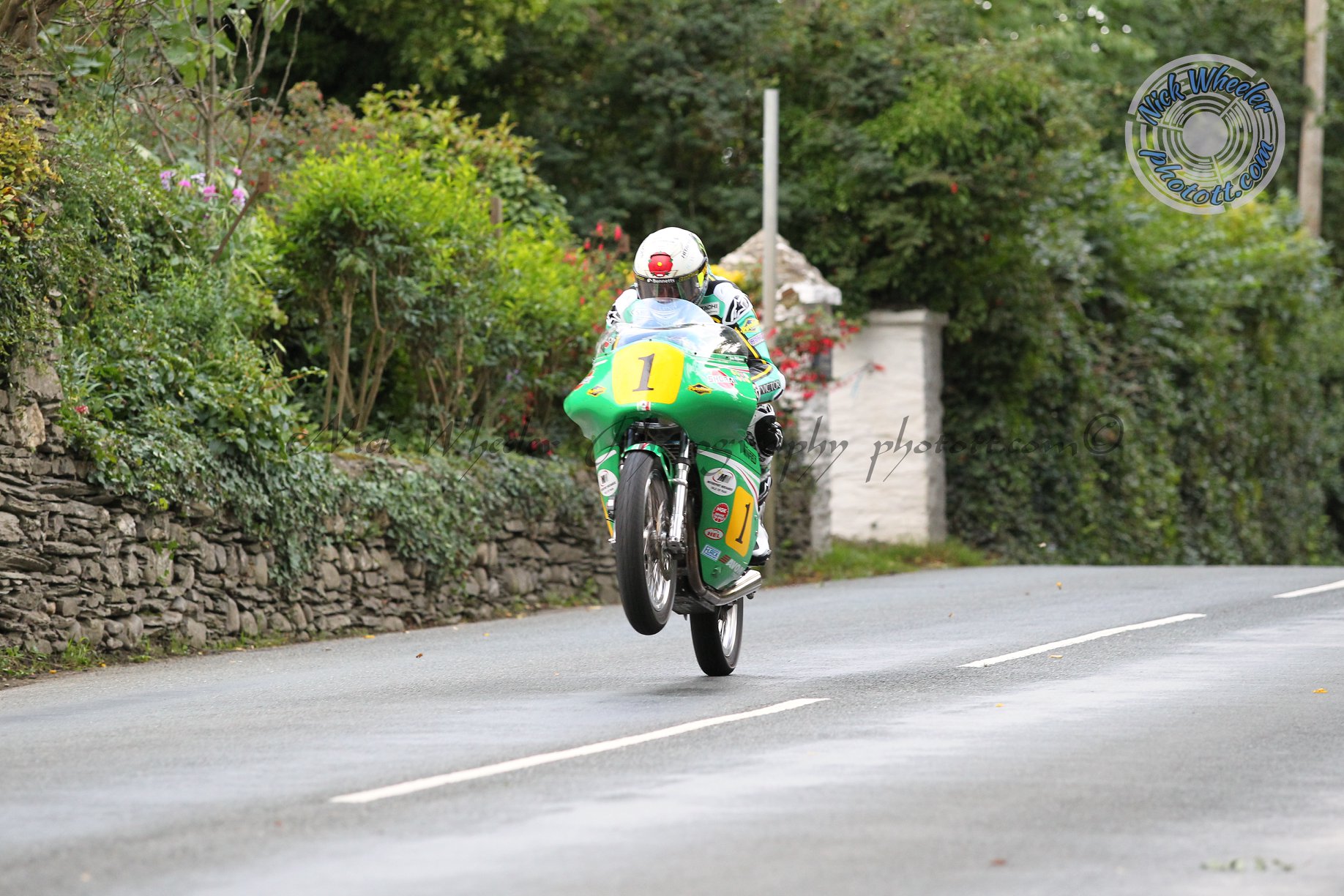 Following one of the most challenging practice weeks for competitors in history, 2018 Classic TT race action got underway today at just after 1 PM, as the Senior 500 machines took centre stage.

Pre race favourite John McGuinness first off down on Bray Hill, was quickly into the groove slotting into an eight second plus lead at Glen Helen, which soon extended to 18 seconds at Ballaugh Bridge.

Come the completion of lap 1, Team Winfield’s McGuinness held a 38 second plus advantage over Jamie Coward, who in turn was only 1.8 clear of Maria Costello MBE.

Onto lap 2 and McGuinness with the bit firmly between his teeth, section by section increased his strangle hold on the race.

46 seconds clear at Glen Helen, by the time he approached the start line at the end of lap 2, his race lead stood at over a minute. 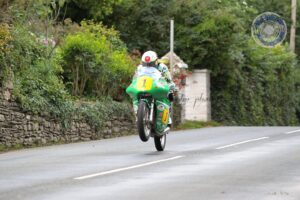 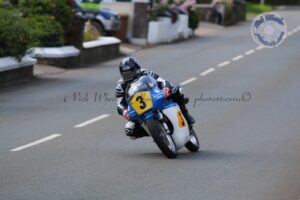 The battle for second was won by Hebden Bridge’s Jamie Coward on the Ted Woof, Craven Manx Norton, who in my opinion produced the ride of the race, given the obvious power advantage of the front running Paton’s.

In total just 26 riders finished a race which had as predicted by many a high attrition rate, with almost half of the 49 rider start list not finishing.