Bruce Anstey To Pilot The RC213V-S Honda Around Dundrod 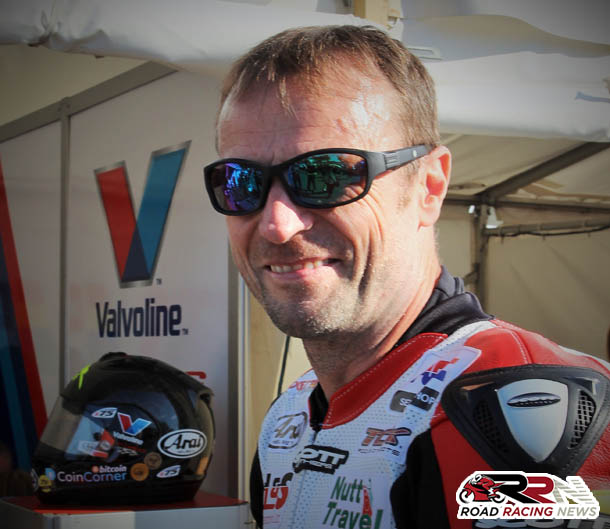 It’s news that will capture the imagination of all pure road racing fans. The prospect of the lap record holder around Dundrod on the machine which is essentially a production version of a Moto GP bike, will truly be a sight to behold.

TT 2016 saw Bruce struggling with an ankle injury following an incident during Thursday of practice week, battle his way to fifth place finish in the Pokerstars Senior TT.

Lapping in excess of 130 mph, he showcased the potential of the RC213V-S Honda, around the Mountain Course.

How competitive will the iconic machine be around Dundrod? it’s difficult to say as to whether, let’s say it could go off into the distance by five or six seconds, one things for sure though it’s power output will put it in a strong position for the superbike races.

Commenting, on the confirmation of piloting the RC213V-S Honda, Bruce Anstey said:

“I’m really pleased that we’re able to bring the RCV to Dundrod and that I’ll get another run out on it before the season ends. Everyone has been asking Clive about whether it’s going to be there or not, there’s a lot of interest in it and now we can confirm it.

I think the bike will go down really well at the Ulster, I’m looking forward to setting off down the Flying Kilo, it’s fantastic to ride and should handle the fast, flowing corners of the circuit with ease.

I’m looking forward to riding the RCV at full fitness too. I got a bit knocked about and bruised with my off at the TT so this is my chance to get out there and do the bike justice.”

“The RCV is probably the most famous bike in the world at the moment, one that Bruce has described recently as an absolute weapon, with superb power yet pretty nimble and compact.

This is going to be sensational, a real treat for the spectators and it’s something I’m personally really excited about seeing. I’ve spoken at length with Clive Padgett about getting the bike to Dundrod, and it seems that Bruce and the team were just as keen as we were to make it happen.

The world’s fastest road racer riding this stand-out bike is going to be another big draw for fans who will definitely be excited to see and hear the RCV lapping the 7.4m circuit.

I’m particularly looking forward to seeing what he can do on it now that he’s recovered from the bruising he got at the TT. He’s won the superbike race three times in the last five years, let’s see if he can do it on the RCV.

Back in 2013 we saw Bruce parade his native country’s most iconic bike, the Britten V1000, one of only 10 in the world. That was a feast for the eyes and the Honda RCV will be no different.”