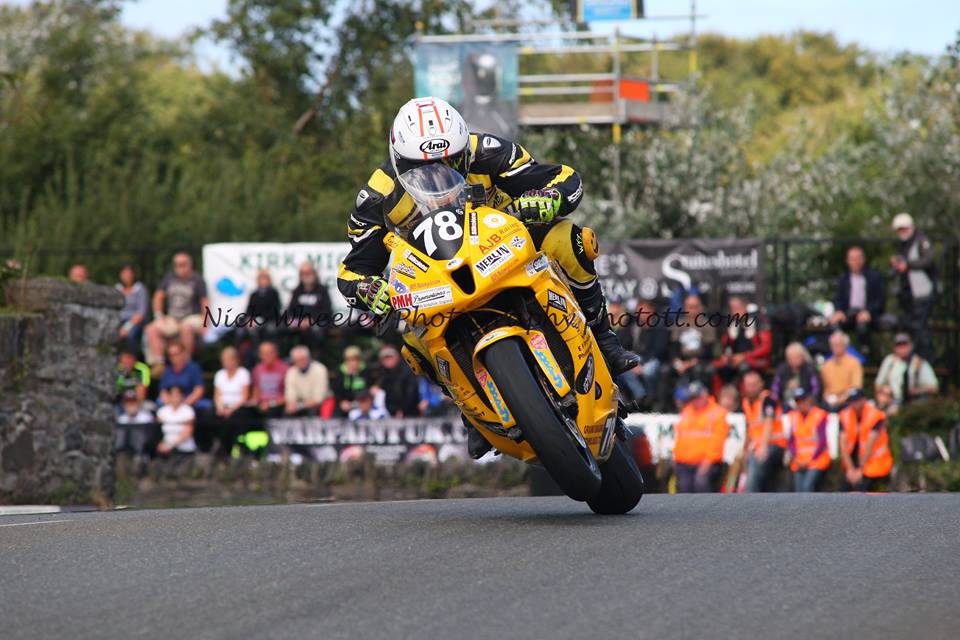 Having impressed throughout practice week, the re started three lap Newcomers A race saw him from a standing start set a new class lap record of 118.786 mph, which at the time gave him a race lead of in excess of seven seconds on Ballymoney’s Darryl Tweed.

From here the rising Oliver’s Mount force aboard the ex Cowton Racing CBR 600 Honda, kept up a strong, relentless pace to wrap up the Newcomers A crown in a race record time of 58 minutes 18.785 seconds.

As the champagne on the podium was sprayed, thoughts were quickly turning to the following day’s Mylchreests Group Junior race. 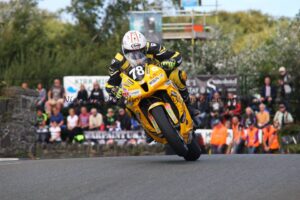 Under 20 hours after his record breaking Newcomers A performance, the AJB Racing rider produced another high quality display, firmly leading the Newcomers challenge in ninth, plus on the final lap setting a new personal best lap speed of 119.466 mph.

This makes him overall combined with the TT Races debutants, the second fastest newcomer of 2017 to the Mountain Course. 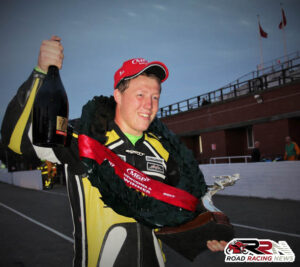 Reflecting on a dream debut on the most famous road racing circuit in the world, Brad stated on Wednesday afternoon via his Facebook page:

“Just come back down to earth after yesterday and today’s results! Winner of the newcomers A race with a new lap record of 118.7 mph from a standing start!

Then 9th today in the junior race with 119.4 mph, massive thanks to everyone who has got me here, you all know who you all are, thoroughly enjoyed this past 2 weeks, it’s been tough though both physically and mentally. Apart from that I think it’s time for a beer or two! Cheers!”