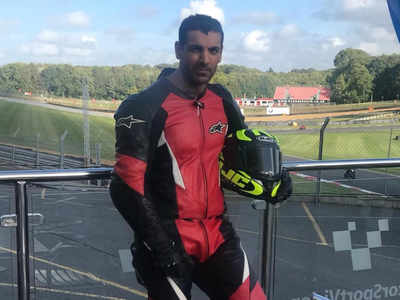 Renowned actor John Abraham who has starred in films such as Water, Race 2 and Housefull 2, new film project which is based around pure road racing, will feature the home of the Southern 100, the Castletown based Billown course.

Abraham who has over 2 and half million Twitter followers, new film which as yet doesn’t have a confirmed title, will see him take on both actor, and co-producer roles.

A huge motorcycling enthusiast, he commented recently on his love for the TT, Moto GP and bike racing in general, plus provided a candid insight into the reasons behind his new moving picture: 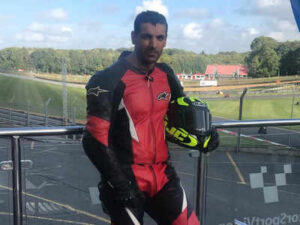 “A story around motorcycles is very close to my heart, I am an ardent rider and my bikes are like my babies. I decided to develop a film on riders and the love of Motorcycles in-house over two years ago.

I am especially pleased that we will film the action sequences in the Isle of Man, the world-renowned home of racing on real roads and the TT races.

It’s where the Moto GP started and where riders still hurtle around normal roads closed for racing at up to 200 mph. I have always dreamed of filming there, it’s the perfect film stage for my new movie.”

Duke Marketing’s Peter Duke, who has the role of Technical Consultant for Abraham’s new film, added:

“We’re delighted to be working with John and the team, they’ve shown themselves to be true enthusiasts and we’re sure their passion for motorcycle racing is going to translate into a thrilling action movie.

The Southern 100 Races will be one of the settings. With mass-starts, close racing and lots of overtaking, it’s a perfect fit for the World’s largest market for bikes and films: India!

I can’t wait to see how the cinematographers portray the spectacle and thrill of this mind-blowing sport to Indian audiences. I think they will be impressed!”

Certain to provide the road racing worldwide with great publicity, strong exposure, it’s also been confirmed recently that filming for the newest confirmed road racing based film, will begin in July at the Southern 100.