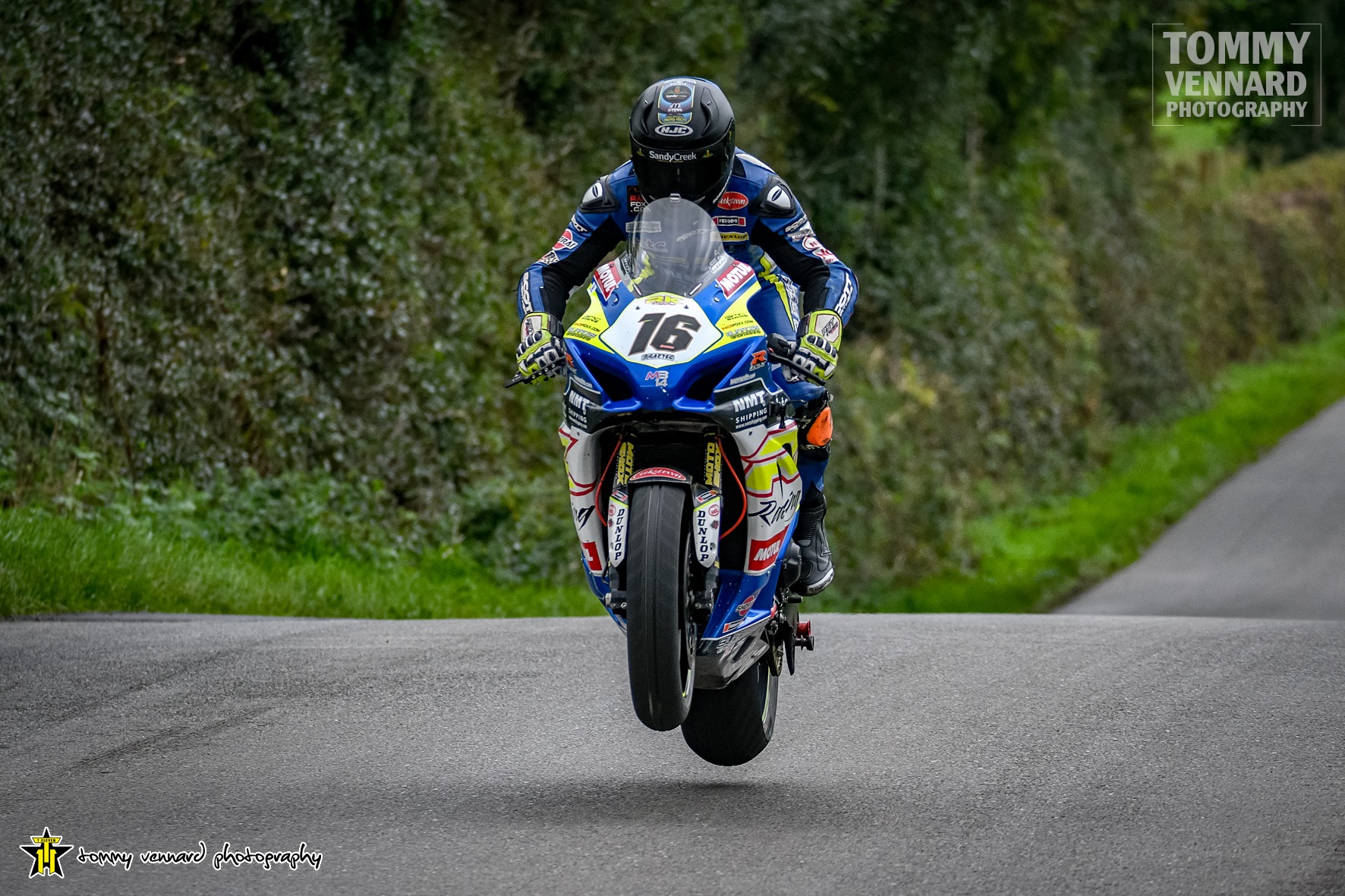 Taking place over an hour behind schedule, the Steelweld Fabrications Open A race at the KDM Hire Cookstown 100, proved to be an absolute cracker!

In spite of a major incident at Braeside during the first running of the Mid Ulster District Council Supersport A, 2019 Duke Road Race Rankings Champion Michael Sweeney was good to go for the eight lap encounter, starting from pole position ahead of 125/Moto, Super Twins A race winners Michael Browne and Adam McLean.

It was McAdoo Kawasaki’s McLean who got the hole shot, holding by the end of lap one, a slender 0.38 advantage on Sweeney with BE Racing In Conjunction with Richardson Kelly Racing’s Browne holding third.

Lap two saw under 0.7 of a second cover McLean, Browne, Sweeney and towards the conclusion of lap three only 0.628 covered the evenly matched trio.

A tenth here, a tenth there, small margins were going to decide this race which by lap six was looking like it would be settled between McLean and Browne with Martin Jones Racing’s Sweeney dropping back.