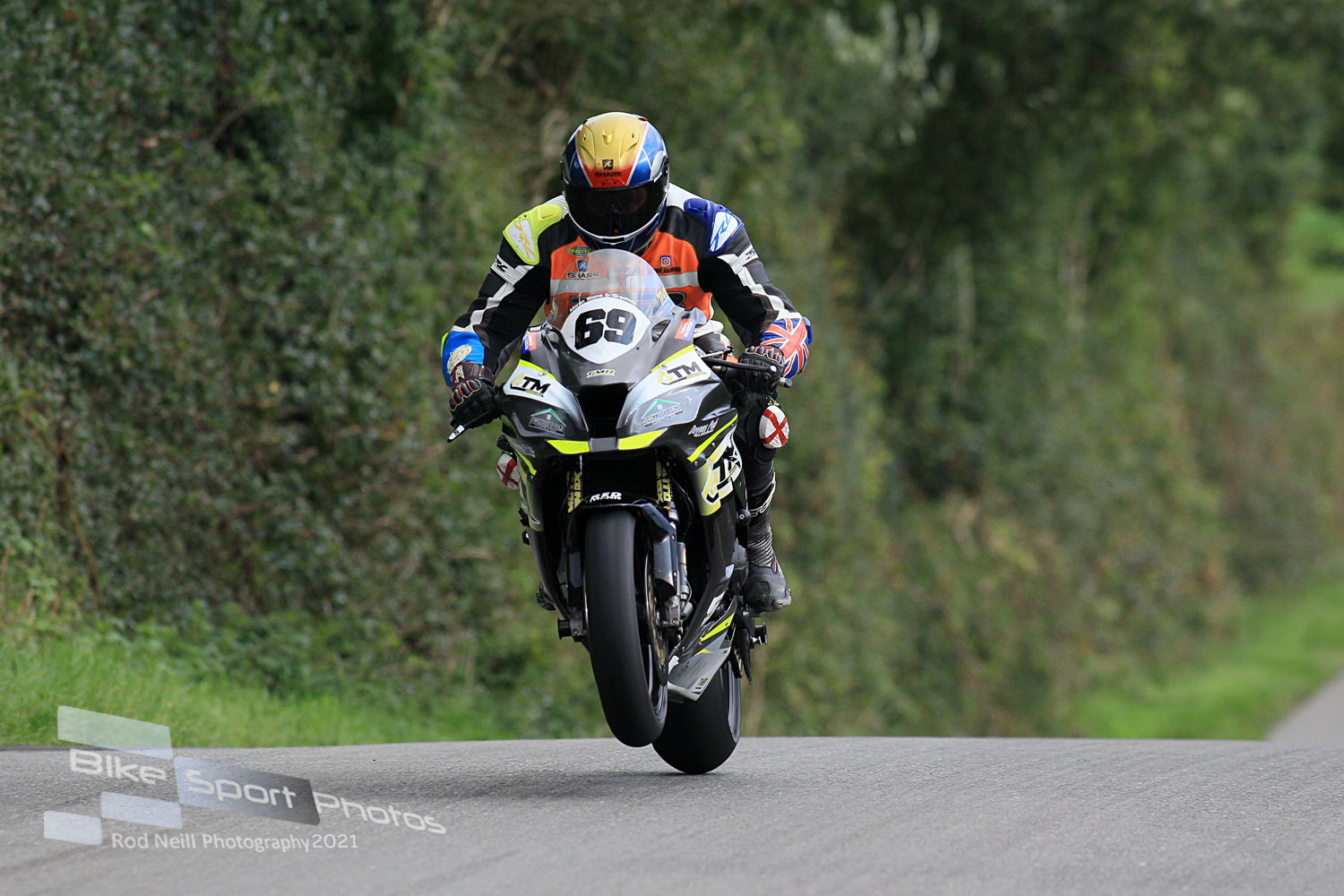 Race action at the 2021 KDM Hire Cookstown 100 kicked off in tumultuous fashion for Driffield’s Dan Harrison, who joined the Irish road race winners fraternity, after an excellent performance during this evening’s Steelweld Fabrications Open B race.

Starting amongst the second wave of racers, Harrison by the end of the first lap of the nine lap race, had on aggregate timing grabbed the race lead, holding a 0.124 advantage over Tommy Henry.

The following race laps would prove proficient and some for Harrison who by mid race distance was in total command of proceedings.

Taking the chequered flag at the completion of the eighth and final lap, Harrison enjoyed a 4.705 second race winning advantage, with second place going to first across the finish line, former Junior/Senior Manx GP No.1 plate holder Anthony Redmond.

Results in full per race, are as follows: