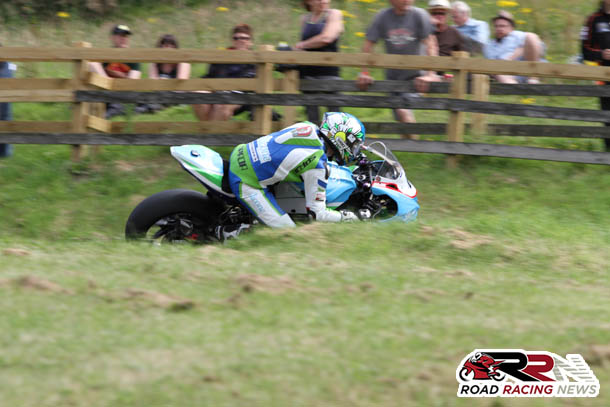 Dean Harrison underlined his status as the current master of Oliver’s Mount today, at the Barry Sheene Festival Powered by Suzuki.

Taking his total of victories at Scarborough to 12, the reigning Steve Henshaw international gold cup winner, was in dominant form in the opening modern junior 600 and modern solo open races.

When he joined the Silicone Engineering Racing team in November of 2015, many people including me where sceptical as to whether this a good move for the 2014 lightweight TT winner. 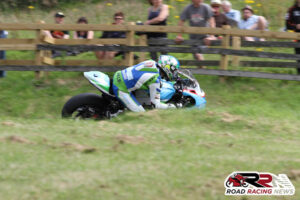 Quite clearly switching from Mar Train Racing where he endured many a testing time with the unpredictable new YZF R1M Yamaha, back to Kawasaki machinery with Silicone Engineering Racing, has proven an excellent decision.

Leading the challenge to Dean in the opening modern junior 600 race today at the mount, was Ivan Lintin on the Devitt RC Express Racing ZX6R Kawasaki.

Second place was added further proof of the growing momentum that the TT privateers champion has at Scarborough.

In my opinion he will start the main competition to Dean Harrison, in tomorrow’s re run of the Bob Smith Spring Cup, scheduled to run over eight laps.

Added stand out performers today at Oliver’s Mount included Daley Mathison recording series of third place finishes, Mike Norbury on only his second appearance at England’s only pure road racing circuit, wrapped up back to back sixth place finishes.

Rising stars Tom Weeden, Mark Goodings, Brad Vicars, Darren Cooper, Matthew Rees, Callum Ward all impressed as did Wayne Humble tipped to gel quickly with the Mountain Course, as he makes his debut on the famous road racing circuit in the world, at the upcoming Manx Grand Prix.

Barry Sheene Festival Powered By Suzuki – Day 1 Round Up