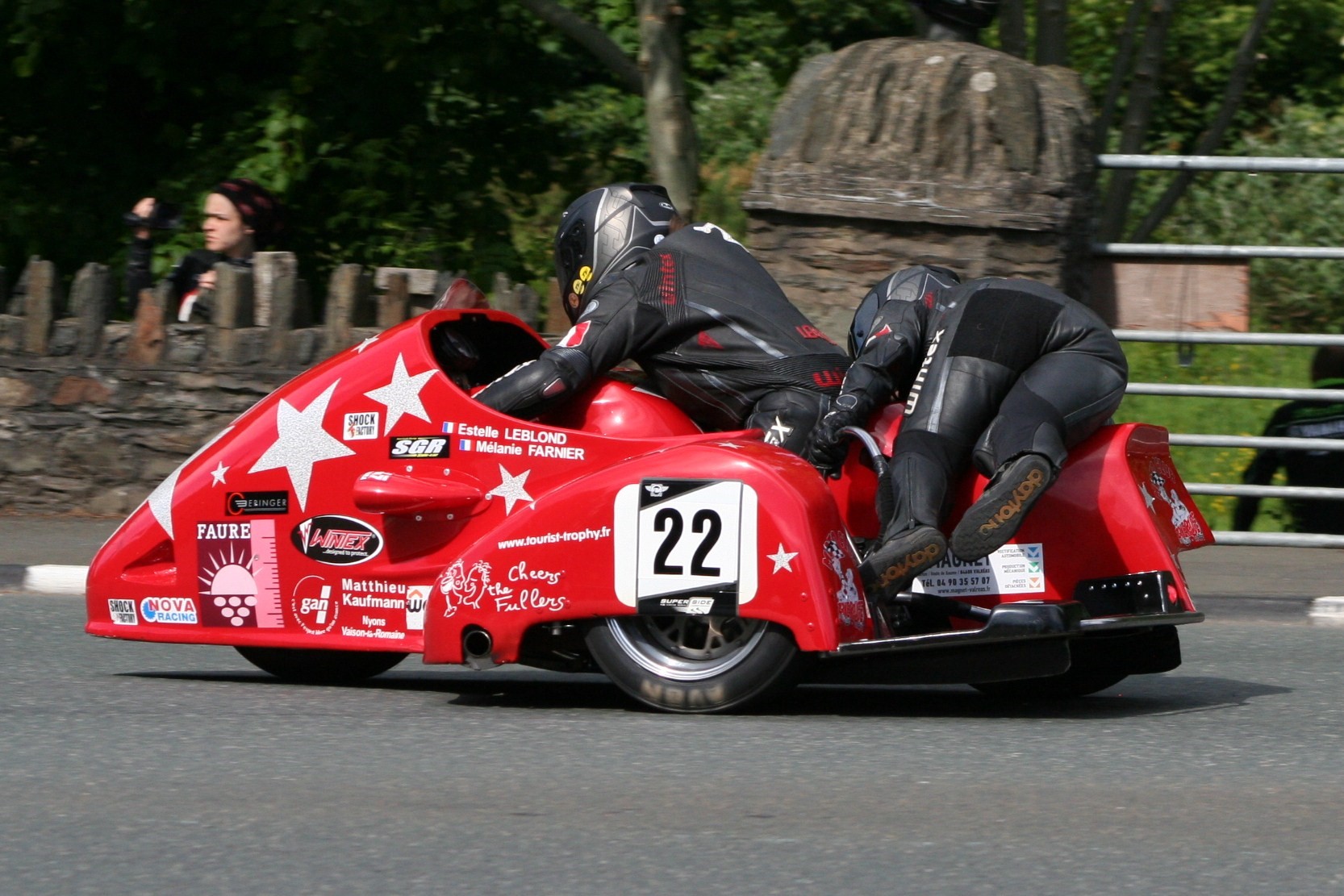 The TT Supporters’ Club is delighted to announce that the Susan Jenness Trophy, awarded in recognition of the most meritorious performance by female competitors at the TT, is to be presented jointly to the French sidecar pairing of Estelle Leblond and Melanie Farnier.

Now the fastest all female crew around the Mountain Course, Estelle and Melanie came home in 11th position in Race 1 at an average speed of 107.61mph, securing a much deserved bronze replica.

Their fastest lap in this race was 108.407 mph, but more was to come later in the week when they broke the 109 mph barrier in Race 2… 109.394 mph to be precise, a lap speed which put them in a marvellous 6th position before a fuel pump issue put paid to their progress over the mountain on their final circuit.

Estelle made her TT debut in 2013 enlisting the help of the experienced Sebastien Lavorel as her passenger: they finished both races in 29th, lapped at over 101 mph, Estelle consequently emulating her mother, Sylvie in being awarded the Susan Jenness Trophy. 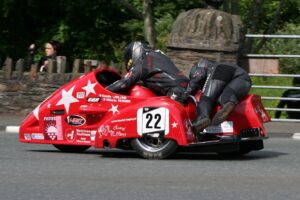 One of eight French entries in the sidecar class of 2015 was that of Lionel Mansuy and Melanie Farnier; they finished both races and lapped at over 100 mph in race two, as they were to do in 2016.

However, back in France, Melanie was passengering for Estelle and with seven wins from ten races they became French champions, it was therefore natural for them to combine their talents for TT 2017.

Plans are already in place for TT 2018… Estelle and Melanie are to return with a brand new SGR [Sam Gache Racing] outfit, with Estelle’s dad, Francois, inheriting their old one.

The Susan Jenness Trophy is presented annually in memory of TT Supporters’ Club member, Susan who lost her life whilst marshalling at an UK off-road motorcycling event. TT 2017 saw some outstanding performances by female competitors.

Chrissie Clancy as passenger to Mick Alton and in only her second TT, achieved her fastest ever lap in Race 2, 108.785 mph; this resulted in an 11th place and a bronze replica, something she had already secured with 12th in the first outing for sidecars.

A similar story for Julie Canipa, who, after acting as ballast for Doug Chandler at the TT’s of ’15 and ’16, admirably assisted veteran driver, Greg Lambert to 8th and 14th positions, taking home two bronze replicas.

Beset by various problems during the fortnight, local sidecar driver, Debbie Barron, regrouped, pulling all her resources together to complete the distance in the second of her events at an average of speed 94.406 mph.

Maria Costello, recipient of the Susan Jenness Trophy in 2016 remains the only solo female competitor, again she did herself proud, securing a bronze for her 18th position at an average speed of 112.20 mph in the four lap Lightweight event… sometime soon, we may well be commenting on Maria’s success on three wheels at the TT.

Congratulations to Estelle and Melanie on their meritorious performances at the 2017 Isle of Man TT. They will receive their much deserved award, from Club Chairman, Roy Hanks in a ceremony at the TT Grandstand during next year’s event.