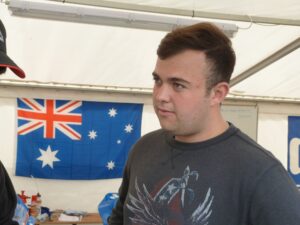 Alex Pickett is a star of the future at Isle of Man TT. Alex is competing for the first time at TT this year having made his Manx Grand Prix debut in 2013 securing top ten finish in newcomers A race when competing on a Ducati.

Alex would love to compete at North West 200 and competing at Isle of Man TT is a dream come true for him, already he is thinking about next years Isle of Man TT where the talented rider could well be competing on a new electric superbike.

The mountain course is the famous circuit in road racing and having adapted to it superbly the futures bright for Alex at the worlds greatest road race. Coming up tomorrow is the senior TT race which he is excited about competing in on DP Coldplaning/TCR racing CBR 1000 Honda Fireblade.