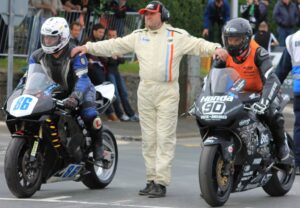 Alan Bonner is confirmed to compete for the peoples bike team at TT 2015. Alan made his TT debut this year and proved his talent and ability as he secured highly creditable results in Monster energy supersport races.

Opening supersport race saw the R6 Yamaha mounted rider clinch 48th place finish whilst supersport race 2 would prove to be highly momentous for Alan as he finished in 38th position his first top 40 finish in a TT race. 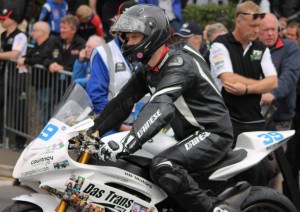 The 2010 Irish road race senior support champion is looking forward to returning to action on the mountain course whilst the peoples bike team are delighted to be working with Alan again at TT 2015.

The popular team have since 2009 helped out many talented riders make their TT debuts which include Steve Mercer, James Ford, Stephen Thompson and Dan Hegarty.

Were only 185 days away from TT 2015 and excitement is building up for next years Isle of Man TT where Alan Bonner will be aiming to cause a surprise or two.

Having lapped at the Ulster Grand Prix at over 128 mph there is no doubt that the ambitious road racer has the potential to in the future become a front runner on the road race circuit which celebrates its 108th anniversary of racing in 2015.