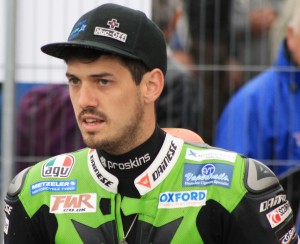 James Hillier and Quattro Plant Kawasaki are confident of top results at the North West 200 and Isle of Man TT in 2015.

His record around the triangle at the North West 200 is a consistent one which includes series of quality results achieved this year. Which included fourth place finish in a pulsating opening super twins race, currently personal best finish around the North West 200 for James is second position in opening super twins race back in 2013 where he rode an immaculate race on Quattro Plant ER6 Kawasaki. 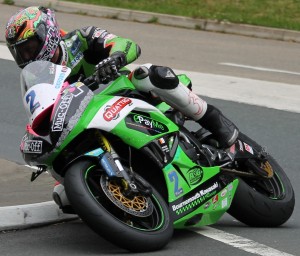 Monster energy supersport TT race 2 would prove to be highly productive for James who clinched 5th position following a skilful and determined performance. Next up was the lightweight TT and expectations were high that the rider nicknamed “dynamite” had every chance of repeating his lightweight TT success from 12 months ago.

Although he missed out on securing his second victory on the mountain course second position was still a great result as he became the only rider to have secured podium finishes in all three lightweight TT races since the popular race was reincarnated back in 2012.

Blue riband race of the week the Pokerstars senior TT saw James wrap up TT 2014 in excellent fashion with fifth place finish narrowly missing out on fourth position. Ever since he made his TT debut back in 2008 the regularity of the quality of his performances on the most famous road race circuit in the world have never been in doubt. 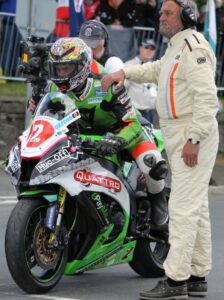 Already a TT winner and in total three times podium finisher expectations are good for TT 2015. Having been Kawasaki mounted for the last six years he is a stalwart for the iconic motorcycle manufacturer, there’s every opportunity at next year’s Isle of Man TT that he could provide Kawasaki with their first superbike podium finish on the mountain course in multiple years.