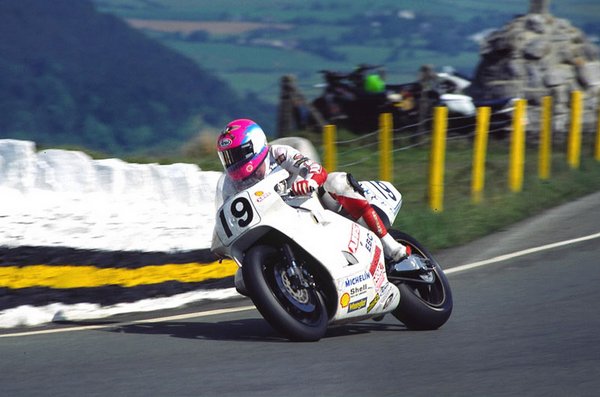 Next years Classic TT meeting will showcase the tumultuous achievements of none other than 11 times TT winner, twice British Superbike champion Steve Hislop.

The first rider to dip over the 120 mph lap mark, on the fabled Mountain Course, ‘Hizzy’ is regarded by thousands as one of the greatest ever TT Races exponents.

Synonymous with iconic machines such as the Abus backed rotary Norton that he took to Senior TT success in 1992, he was a racer who had no weaknesses, he was ultra quick, naturally talented, had supreme race craft and was cool under pressure. 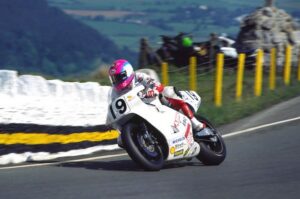 One of his most famous rivals Carl Fogarty, will be in attendance next August to celebrate his former team mates stellar TT record.

Whilst added incentives for road racing fans, fans of ‘Hizzy’ to attend next years Classic TT include been able to get up close to a selection of his most noted mounts, with a pop up museum set to form part of the TT paddock.

It’s great to see Steve Hislop’s TT career set to be celebrated at the seventh Classic TT meeting, which year in year out grows in popularity with a diverse fan base of all ages, backgrounds.