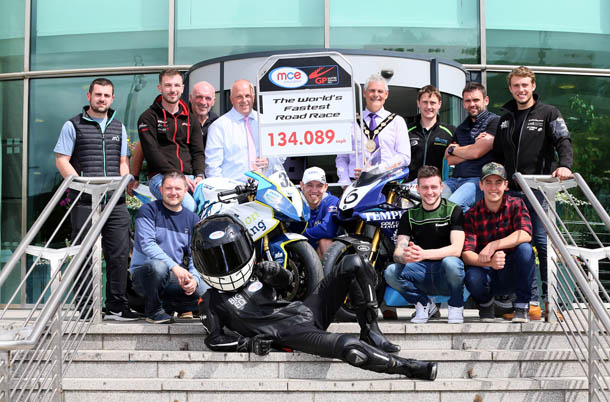 The 2017 MCE Insurance Ulster Grand Prix, was launched in style yesterday at Lagan Valley Island in Lisburn, with many of the world’s best road racers announcing their plans for the world’s fastest road race.

Amongst them included Smiths Racing’s Peter Hickman, winner of the Joey Dunlop Championship at TT 2017. Determined to add to his current tally of one Ulster GP victory, a confident Hicky stated:

“I’ve had a good year within the MCE British Superbike Championship and the TT, where I turned up with nothing and left with five podiums.

I’ve been strong at Dundrod since first turning a wheel there, and while I was a bit disappointed not to do better last year, I’m absolutely coming to make amends this August.”

Another rider ultra keen to return to the top step of the podium at Dundrod, is 27 times international road race winner Michael Dunlop.

Having recently secured a memorable Pokerstars Senior TT success, he’s pretty optimistic that the Bennetts Suzuki, will prove an ideal tool for the third international roads meeting of 2017, as he bids for a first Ulster GP success, since 2013.

“The Ulster is the last international of the year and we’re working hard to get the bike sorted, with new parts on their way and a few improvements to make.

The competition will be tough, it’s always hot and heavy with the pack start at Dundrod and we’ll all be looking forward to getting stuck in.” 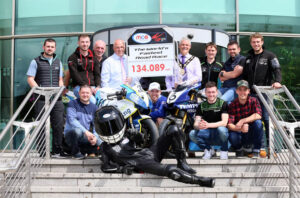 Speaking about the sparkling anticipated entry list for the 95th Ulster Grand Prix, Clerk of the Course, Noel Johnston said:

“We had an unbelievable week of racing in 2016, so the bar is high but the beauty of Dundrod is that the racing is always incredibly close and incredibly exciting, a truly spectacular finish to the international road racing season.

Obviously I’m hopeful that both Hutchy and Lee Johnston will be fit and well enough to take part, Hutchy looks less likely at the moment but even without them it will be a very strong grid, where anyone could win.”