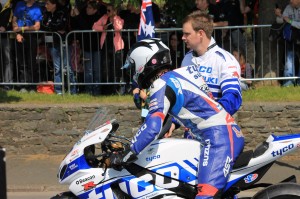 William Dunlop produced many a great ride during TT 2014. Competing for Tyco Suzuki by TAS the top all round road racer finished in a highly creditable 6th place in Dainese superbike race.

Next up was Monster energy supersport race 1 and William regarded by many as a supersport class specialist finished fifth after a consistent ride on Tyco Suzuki by TAS supersport bike.

Despite mechanical issues forcing him out of superstock race the reigning Ulster Grand Prix supersport race 2 winner headed into second Monster energy supersport race in confidence that he could fight for victory and be on the podium. 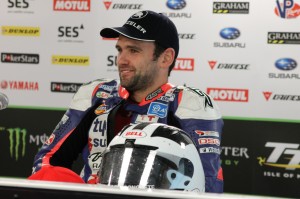 In a great performance throughout William recorded 3rd place finish, this is also his third podium finish at the worlds greatest road race. 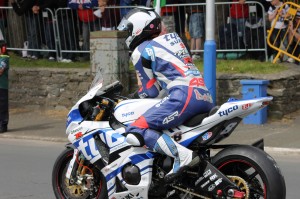 So onto the senior TT and after a flying start at Glen Helen on lap 1 William had a race lead of over 1.3 seconds, at the end of opening lap he was second only 0.8 of a second behind race leader Michael Dunlop. Up to lap 3 William was still in good contention for victory until he suffered a big crash over the mountain.

Fortunately William was ok and although TT 2014 ended in disappointing fashion there’s loads of positives to take out from this years Isle of Man TT for the Tyco Suzuki by TAS rider. Which include new personal best lap speed of over 130.8 mph, another podium finish and that the pace is there for the supremely talented rider to become a TT winner.