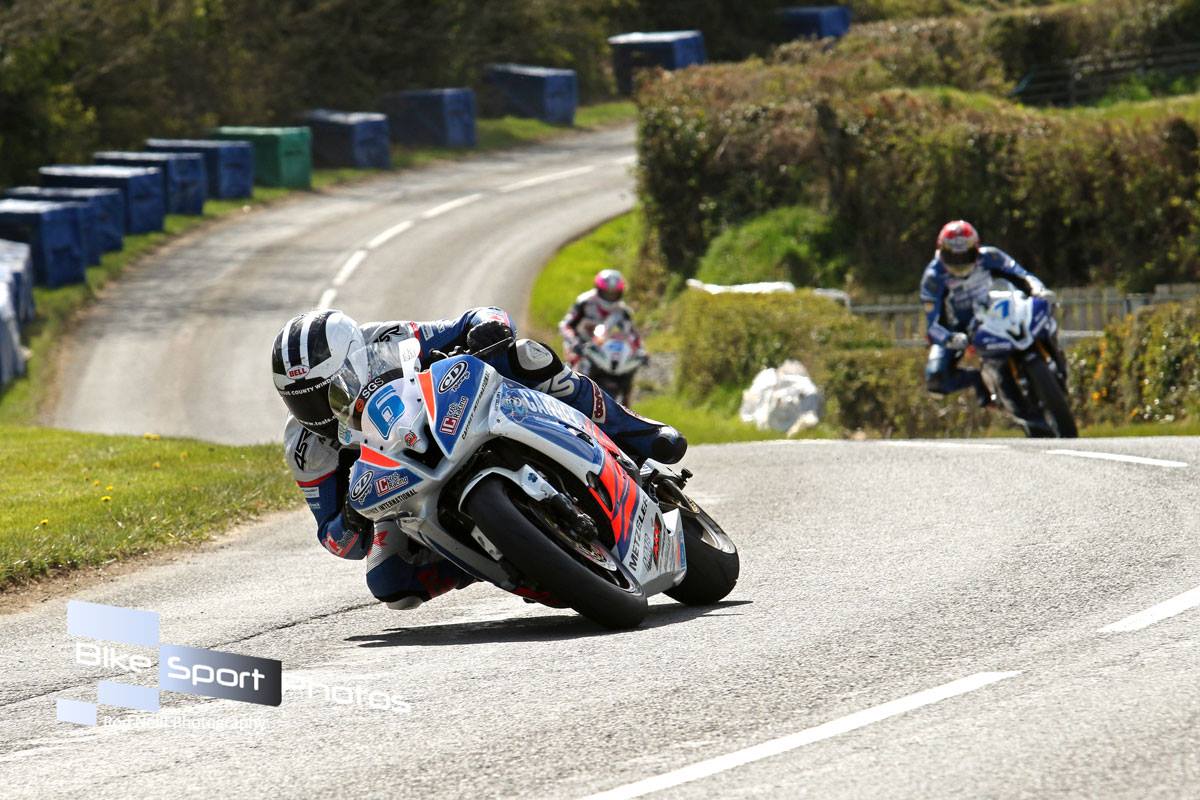 Piloting the Ivan Curran/CD Racing YZF R6 Yamaha which he enjoyed so much success on in 2015, he held off persistent challenges from both Dan Kneen and Malachi Mitchell Thomas, to clinch a hard earned supersport win.

The open superbike race saw William starting from pole position, he went onto originally finish in fourth place finish, before been elevated to second position due to one minute time penalties to Dan Kneen and Derek Sheils, due to supposed jump starts.

Next weekend sees William take to competition around the Orritor circuit, home of the Cookstown 100.

Alongside starting as the pre race favourite for more supersport success, he will also start as one of the undoubted favourites for open and grand final victories.

It’s not yet known as to the 1000cc machinery that William will be piloting at Cookstown, it’s a strong possibility though that he will be gaining more miles on the MSS Colchester Kawasaki.