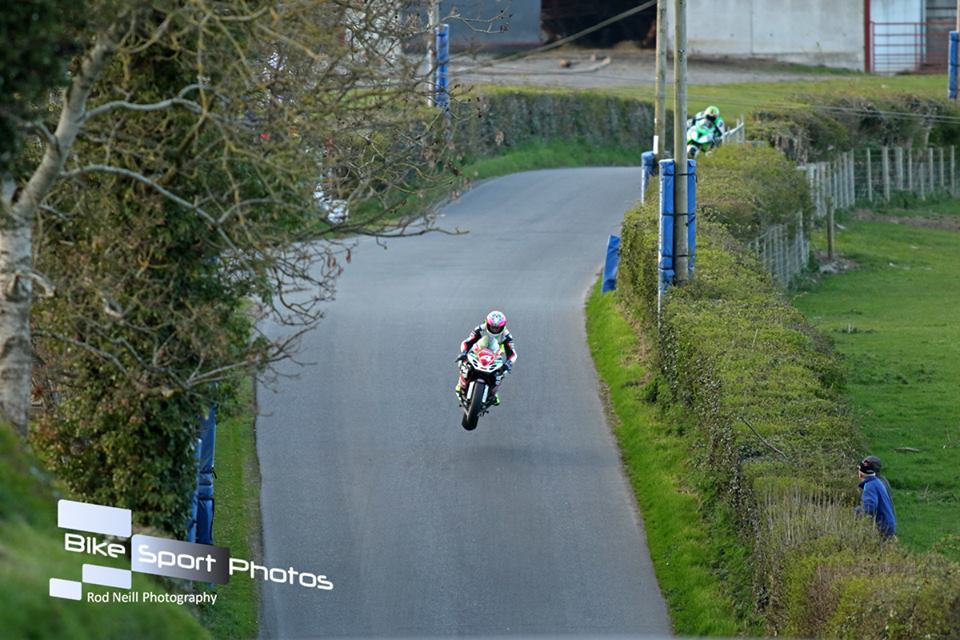 The lightning quick newcomer to the Irish roads, gelled quickly with a road race circuit, regarded by many as one of the hardest to learn.

Opening race of the meeting, the open superbike, saw Malachi originally finish fifth, before one minute time penalties where given to Dan Kneen and Derek Sheils, for jump starts, this elevated Malachi to third.

Next up was the supersport race, having qualified second on the grid, expectations where high, that he could be in the mix for race victory. Battling throughout for race lead, he went onto finish a fine third on Cookstown BE Racing’s CBR 600 Honda.

Arguably though main highlight of the meet, was in the super twins race, as he was involved in a classic duel for victory with Ryan Farquhar.

Holding race lead on the final lap, issues struck the Cookstown BE Racing ER6 Kawasaki, forcing him into a mistake which allowed Ryan to close up and eventually take race victory, still second place finish another world class result, for the 2015 senior Manx Grand Prix winner.

Malachi’s first Tandragee 100 outing, was wrapped up by impressive third place finish in the blue riband senior open, as he finished in front of none other than reigning Irish road race superbike champion William Dunlop.

It’s fair to say Malachi has already shown this year, that he is a prodigious talent on the roads.

Next meeting on the horizon for the Irish road race supersport and superbike championship leader, is the Cookstown 100, which begins on Friday.

Tandragee 100 – Results Round Up