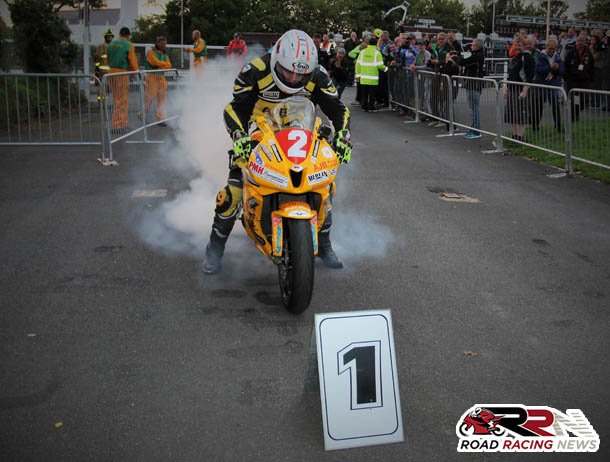 The Tadcaster based rider from a standing start surpassed Tim Venables previous record speed of 117.897 mph, lapping at 118.786 mph which formed the foundations of a quite brilliant performance from the leading newcomer within the 2016 Duke Road Race Rankings championship. 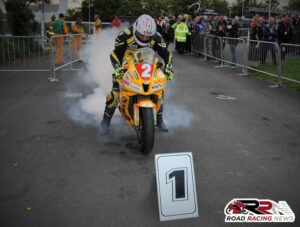 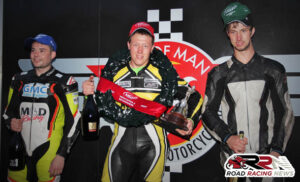 Runner up, fellow next generation racer Darryl Tweed despite the handicap of his visor coming off down Bray Hill was also over the old lap record from a standing start, lapping at 117.993 mph.

8.493 behind Vicars at the completion of the three lap race, the Ballymoney racer happy enough with second, whilst third place finisher The Peoples Bike Team backed Stephen Parsons, admitted it was quite a shock to finish on the podium. 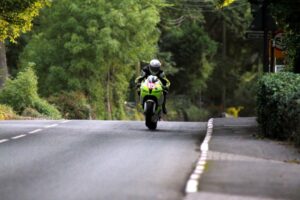 David McConnachy finished seventh whilst eighth placed Richard Stubbs was over the moon with his result, plus lapping in excess of 112.5 mph.

Rounding out the top ten finishers was Slovakia’s Miroslav Sloboda and Andrew Windsor.

Road Racing News wishes the talented Italian rider a speedy recovery from the injuries that he has sustained.