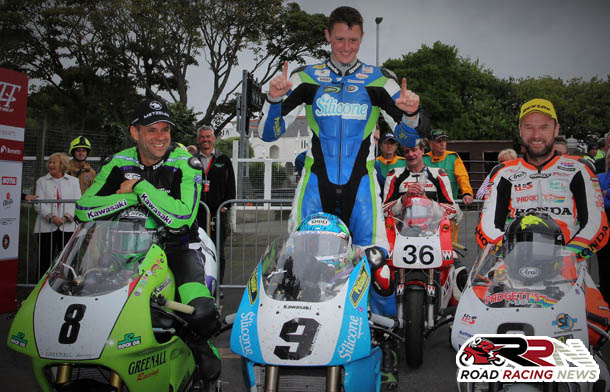 Never headed in the four lap race, the Bradford based racer underlined his growing status worldwide within the real roads scene, with a relentless display aboard the Silicone Engineering Racing ZXR 750 Kawasaki. 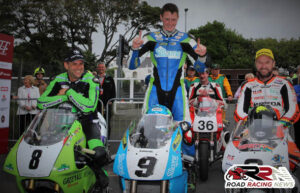 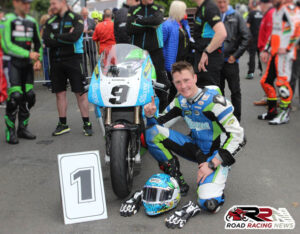 The New Zealander knowing after a lengthy pit stop that race victory was pretty much out of reach, made the decision on the fourth and final lap to go in pursuit of Harrison’s lap record, which he went onto blitz lapping at a quite superb 127.496 mph.

16 seconds behind the race winner, a new outright lap record was a nice consolation for the Flying Kiwi, who has enjoyed an extremely positive month of roads competition.

Team York Suzuki’s David Johnson lead the Suzuki challenge in fourth, whilst Dan Kneen got the better of Conor Cummins to finish the leading Manxman. 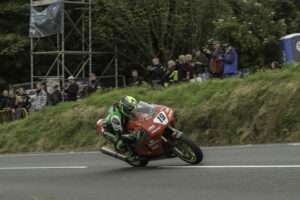 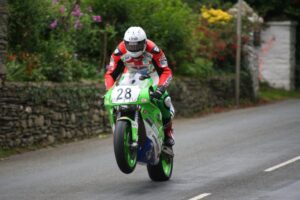 Surprisingly the attrition rate of the four lap race was high, with the most notable retirement been at the completion of lap 1, 15 times TT winner Michael Dunlop who has endured a pretty horrid 2017 Classic TT. 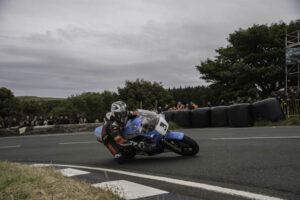