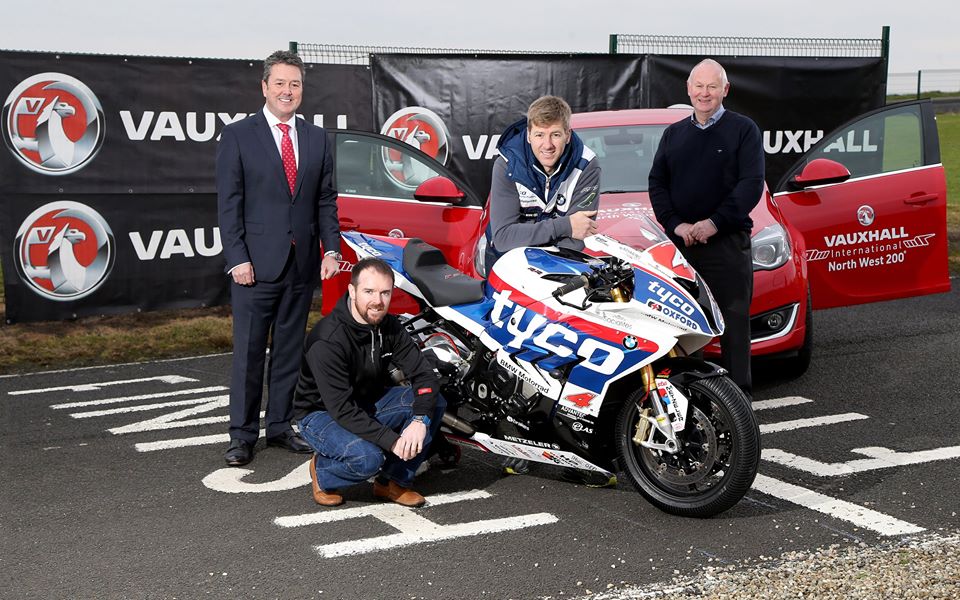 Vauxhall Motors Ltd are confirmed to remain as title sponsors for the North West 200, with the 2017 meeting at the Triangle, marking five years thus far of the widely respected marque, backing the traditional opening international meeting, of each roads season.

“Vauxhall Motors are delighted to return as title sponsors for another year and are looking forward to reaching out to thousands of motorcycle fans through our sponsorship of this great event.” 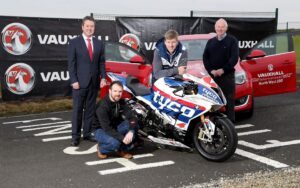 North West 200 Event Director, Mervyn Whyte MBE added that the new partnership with Vauxhall, could extent to 2018, he stated:

“We are delighted to have agreed another deal with Vauxhall and furthermore they have an option to extend that into year two, potentially taking the commitment in total to six years.

The finance, vehicle fleet and significant branding around the circuit which are provided to us by Vauxhall are vital in running an International event each year.

The support package supplied by Vauxhall UK demonstrates their commitment to our International event in Northern Ireland and undoubtedly helps us to attract the best road racers in the world to our grid.”