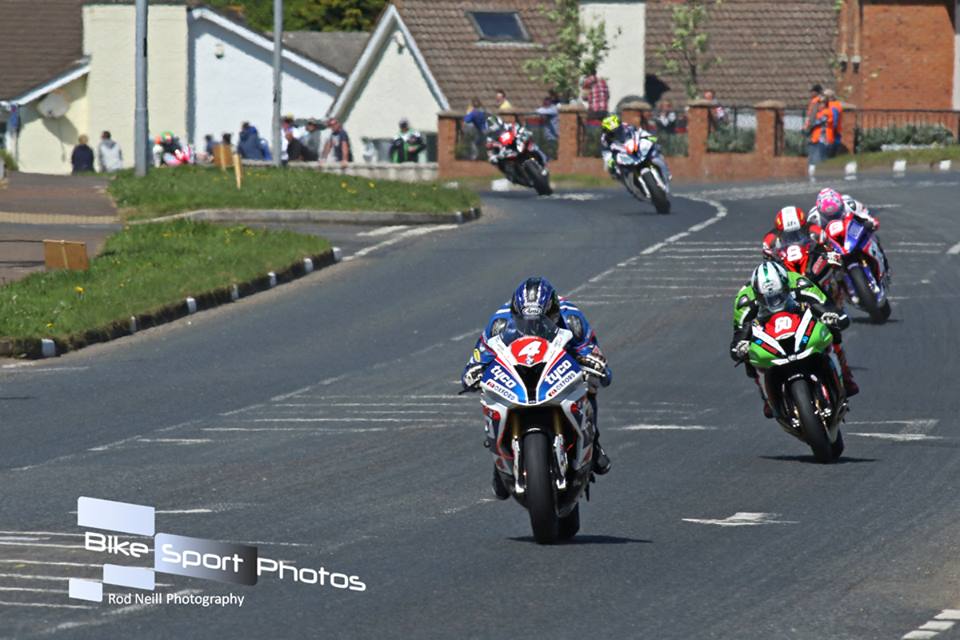 Having claimed the triple crown of Superstock successes last year around the Triangle, Mountain Course and Dundrod, Ian Hutchinson starts for many as the one to beat in the production 1000cc class at the Vauxhall International North West 200.

Already a race winner this season in the British Superstock championship, he goes into the North West, in excellent form. 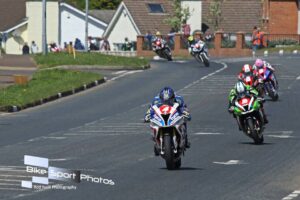 At home with the Tyco BMW stocker, Hutchy will prove extremely hard to beat, same applies to his team mate, Alastair Seeley.

The most successful rider in the history of Northern Ireland’s most famous sporting event, has enjoyed stock 1000 success a plenty on the coast roads, in particular with TAS Racing.

Now re united with Philip & Hector Neill’s team under the guise of Tyco BMW, we all know how fruitful the all star combination could prove to be.

Smiths Racing’s Peter Hickman, runner up in last year’s opening Superstock encounter at the Triangle, 100 percent has the capabilities to dominate.

Rated highly by his fellow competitors, Hicky’s stock within the pure roads fraternity, is the highest it’s ever been.

Will he seal a maiden victory at the Portstewart based meeting? Time will tell but one’s things for sure it won’t be through a lack of trying.

Lots of attention will be focused upon Suzuki’s new GSX-R 1000, as North West 200 lap record holder Michael Dunlop pilots one of the new mounts.

Still to compete in race trim on the stock GSX-R 1000, early indications are that the Suzuki in production trim is more competitive then when in full Superbike mode.

One of all time greats in the Superstock category, the 13 times TT winner will as in all classes be giving it absolutely everything in pursuit of more golden roads feats. 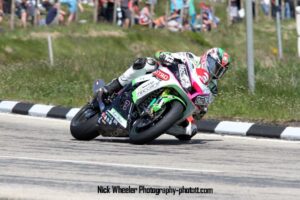 Anticipated to run near the sharp end, same notion applies to JG Speedfit Kawasaki’s James Hillier, who is focusing this year on 1000cc machinery.

Honda’s CBR 1000RR Fireblade SP machine, going into the North West is in my opinion a bit of an unknown quantity. 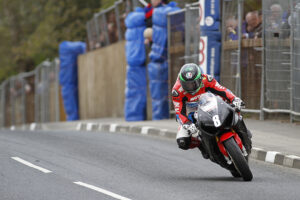 Guy Martin has undertaken though race miles a plenty on it, at Tandragee, Oliver’s Mount and the Cookstown 100, securing a best finish of fifth, in the open race, last week at Cookstown.

It’s difficult to say how competitive they will be, but same as Padgetts Racing’s Bruce Anstey, they have the star quality, race winning craft, experience and fierce determination to push through problems a plenty to record elite results.

All of the riders above have the potential to spring a surprise or two, and are capable of finishing in front of many a foremost name. 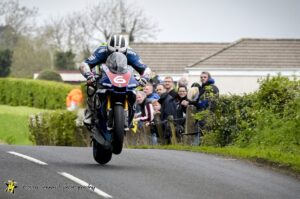 The only aspects we can all predict for the Superstock races, at the 2017 Vauxhall International North West 200, are; obviously the racing will be close and multiple manufacturers will be contending for honours.

Will BMW and Kawasaki continue their domination of the class? or can Suzuki and Honda’s new machines topple them, time will tell.