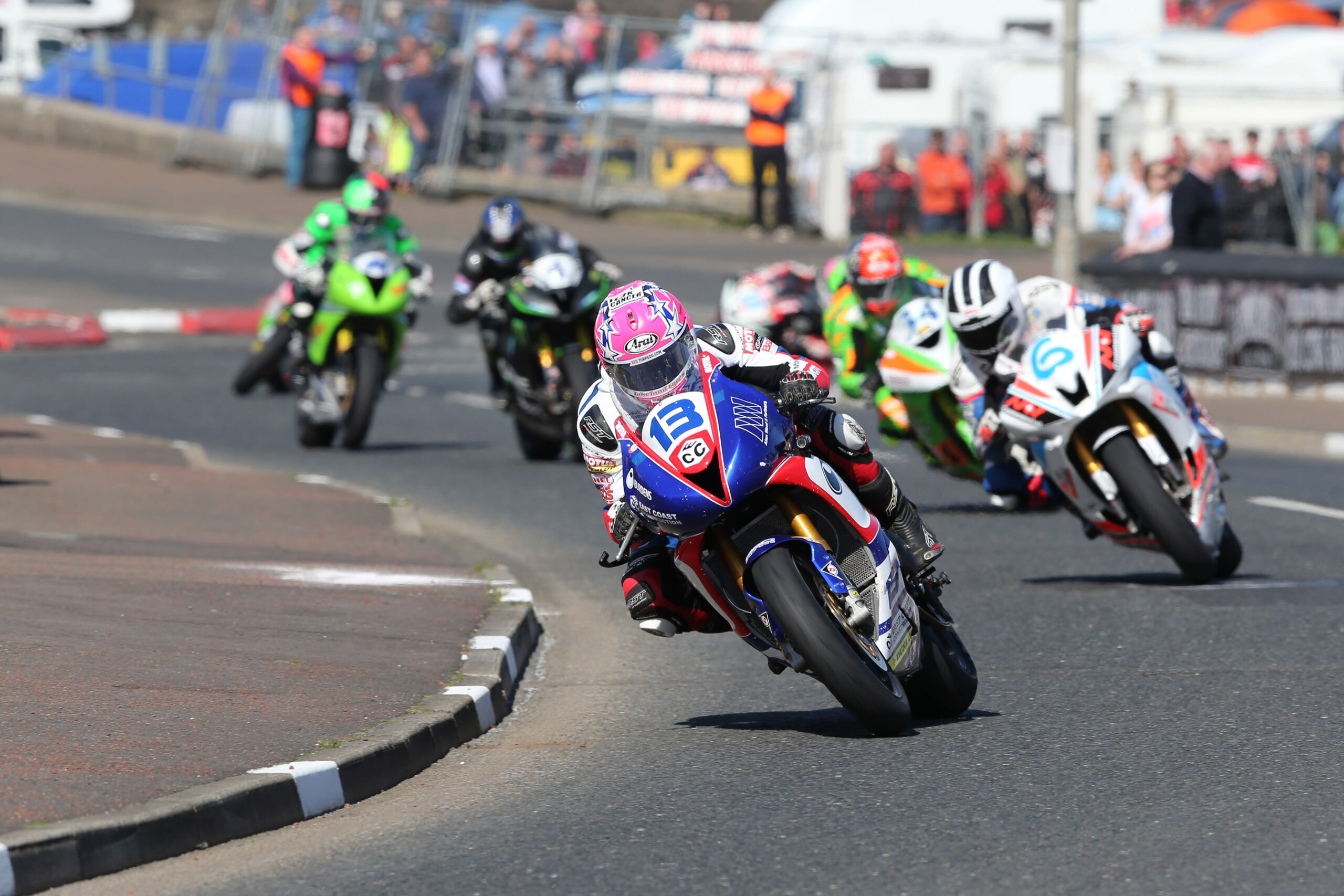 Battling through the pain barrier due to a groin injury, sustained from an incident in the feature race, at the Spring Cup National Road Races at Oliver’s Mount, Lee was near the sharp end across all classes in qualifying.

Opening race of the meeting, supersport race 1, saw him involved throughout in the leading pack as he went onto record, a highly creditable sixth place finish on the East Coast Racing 675 Daytona Triumph. 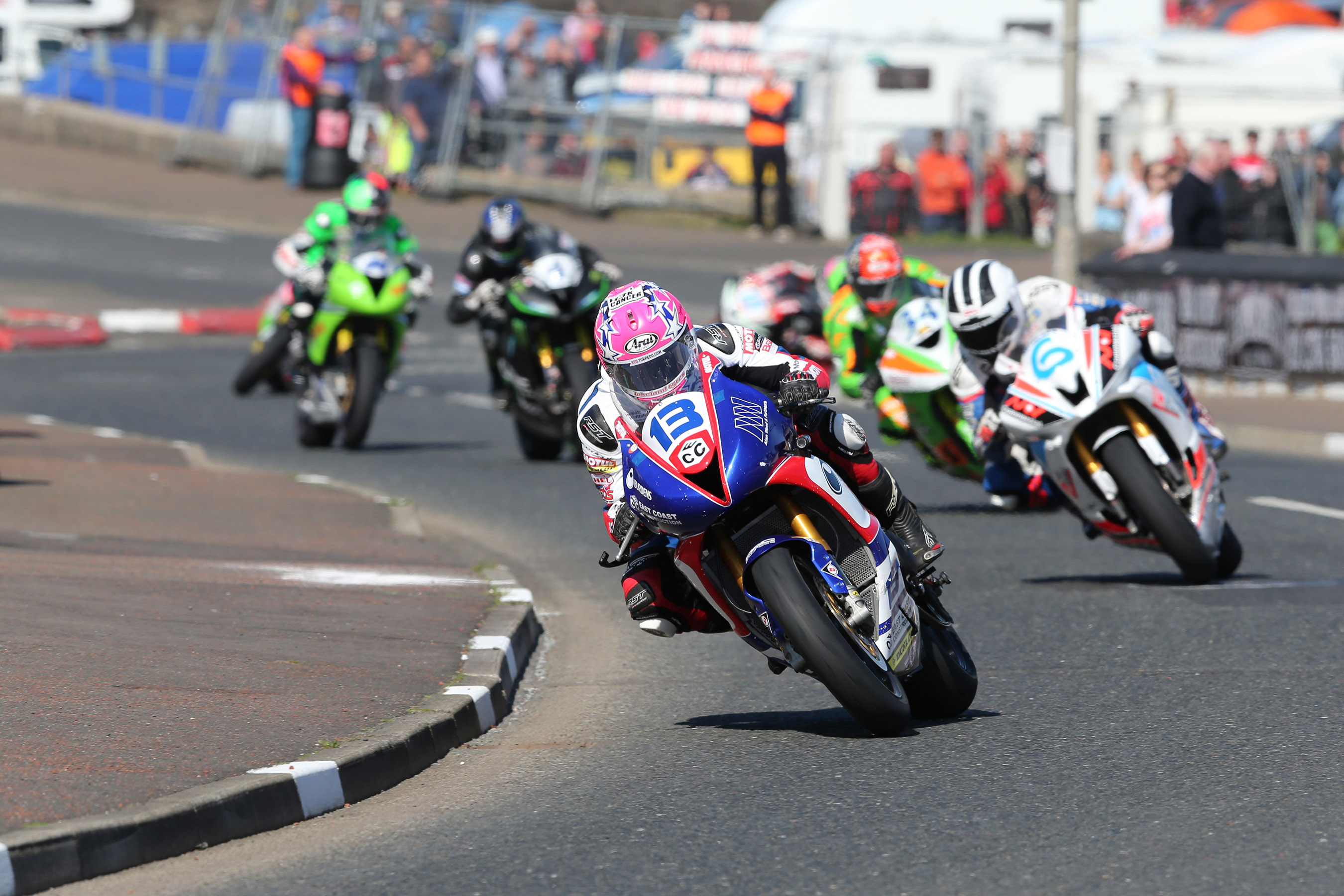 The next supersport race, would see another sixth place finish secured, although on the road Lee finished in second place, having been given a ten second penalty following in my opinion a racing incident with Ian Hutchinson at the Juniper Hill chicane.

Have to state as well in my opinion that the penalty attributed to Lee was extremely, extremely harsh.

Reflecting on the weeks action around the Triangle, Lee said:

“I’m more disappointed for the lads in the team than anything else, but we were not a million miles away.

Not to make any excuses, but I’m still recovering from the injury after Scarborough, so I think I maybe just lacked that final couple of percent, and in turn that maybe made me a little too polite in terms of winning races.

There were six or eight other guys on track at the very top of their game and in the Superstock race I was a bit ‘goosed’ as my legs were not strong enough.

But in saying that, it took a lap record from Hutchy to win it, Dunlop set one in the Superbike class and Seeley was setting records in the Supersport races, so taking that into consideration, we didn’t do too bad.

It gives me a bit more confidence with the TT just around the corner, but I have to give the team all the credit they deserve for another big effort.

Losing out on the Supersport podium was disappointed as there’s no stop box if you overshoot the chicane at Juniper and I did ‘dab a foot’; lost three or four seconds and a couple of places, which I thought was a big enough penalty.

Hutchy made a racing move and I’ve no problem with that, but in my opinion the penalty didn’t fit the crime and it cost me a podium.”

“We maybe didn’t grab a win or a podium at this year’s event, and fell foul of a penalty that cost us a podium, but rules are rules, and we can take the positives from a strong week.

Again we have made good progress with our bikes and that will benefit us at the Isle of Man TT in a few weeks time.

Lee either led or challenged in every race and showed he still has the speed and race craft to stand on the top step, but it just wasn’t our weekend and we will move on with optimism.”